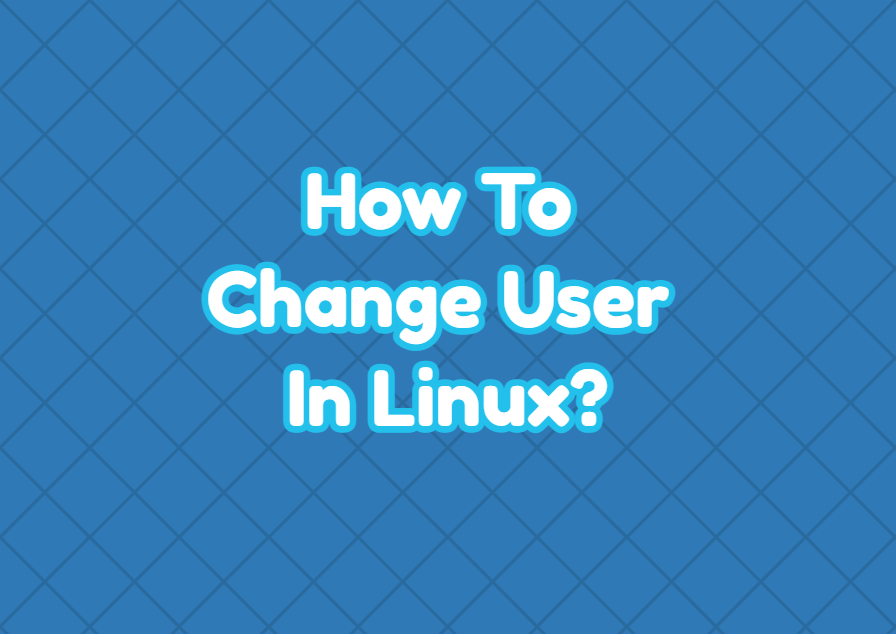 Linux is a multiuser operating system where a single computer can be used by multiple users with multiple accounts. A user can change the current user into another user or root user via a command-line interface or GUI. In this tutorial, we examine different ways to change users in Linux.

The sudo command is the most popular command to change users in Linux. The -u option is used to specify the user we want to change to. In the following example, we change to the user ismail .

Sometimes we may need to change the user root . The root user is the administrator user for most of the Linux distributions and it has high-level privileges to change the Linux system. The su command can be simply used like below to change into the root account easily.

GNOME is a Linux desktop environment that provides a very nice GUI with related tools. The Gnome can be also used to change the current user by logging out and logging in as a different user. First on the upper right corner click to the Power Off/Log Out and then click to the Log out.

See also  How To Count Lines In Linux?