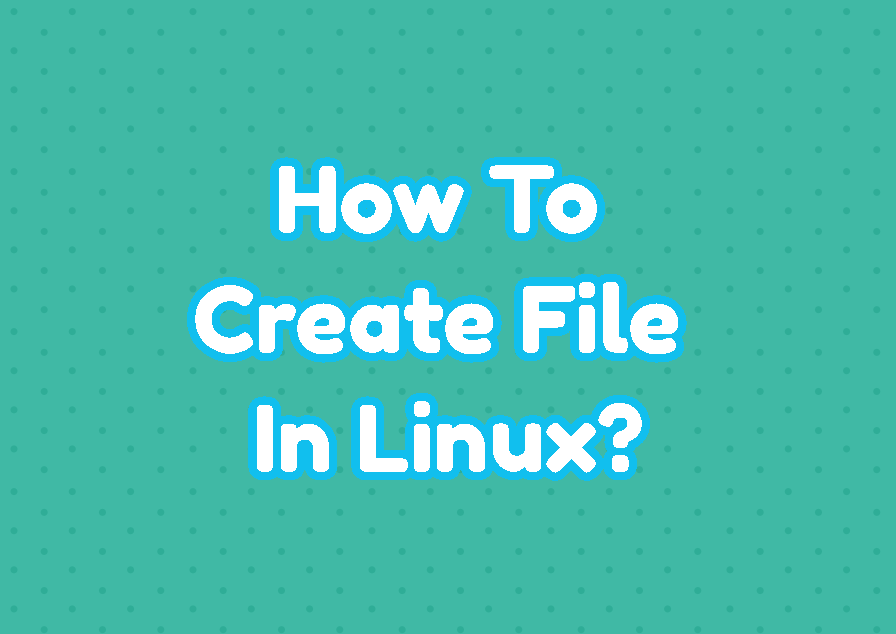 Before learning how to create a file we should learn how to list files after creating them. Even there are different ways to list files the most popular and easy way is using the ls command to list files and folders.

The echo command prints provided string argument into the standard output or into a file. So we can use the echo command in order to create a file. In the following example we create an empty file named “myfile.txt”.

The dd command is a command used to read and write some data into files and devices. Even the dd command is create in order to create backups or mirror data. In the following example we create a file named myfile.txt without a content.

The fallocate command is used to manipulate the allocated disk space for a file. If the specified file is not created it is created automatically. In order to create a new file with the fallocate the file size should be specified. In the following example we create a file with the 1 byte in size.

The vi or vim is very popular command line based text editor. The vi/vim can be used to create a file. Just type the following command where the file name is “myfile.txt”.

Now a file is create and opened we should save and closed the file with the “:wq” like below.