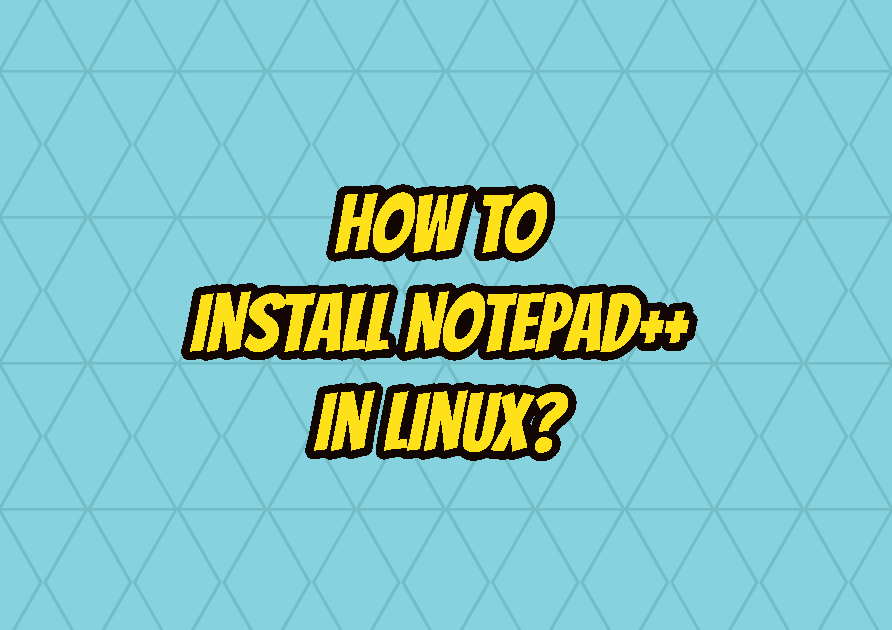 Notepad++ is a very popular text editor that is created for Windows operating systems. Notepad is a native and simple Windows application that is provided by Microsoft. Notepad++ is a lot more advanced text editor which is an alternative to the Notepad. But Notepad++ natively does not supports Linux distributions like Ubuntu, Debian, Mint, Kali, Fedora, CentOS, RHEL, etc. But there are some tricks where we can install Notepad++ in Linux.

After we have installed the snapd we can install the Notepad++ by using the snapd command like below. The snapd uses packages to install specified applications and tools. Notepad++ package is named as notepad-plus-plus .

Notepad++ can be also installed for RPM based distirubtions like CentOS, Fedora, RHEL by using the snapd. The installation process is the same with the Ubuntu, Debian, Mint where only the package management tool is not apt, yum. First we will install or check the snapd installation.

Now we can install the Notepad++ snapd package named notepad-plus-plus for CentOS, Fedora, RHEL like below.

Notepad++ can be start from the menu or commandline easily in Linux. Just navigate to the start menu and look realted categories like office etc or if there is a search functionality type note which will list the Notepad++ icon.

Also the command line can be used to start the Notepad++ where the installed binary is named as with the snapd package named notepad-plus-plus .