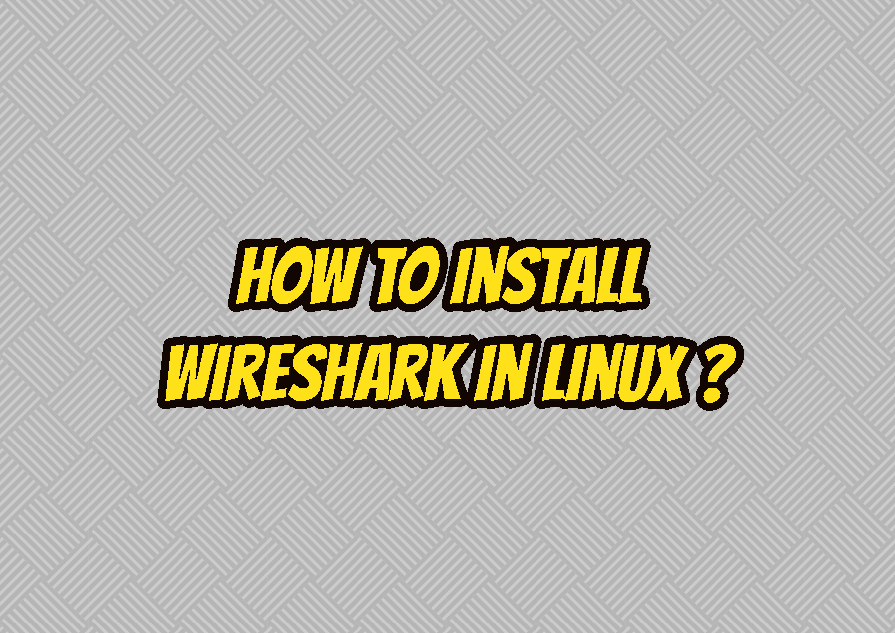 Wireshark is a network sniffing, packet capture, and analysis tool. It is a very popular free and open-source tool that is initially released in 1998. Originally it was named “Etheral” but in 2006 named “Wireshark”. Even Wireshark is a cross-platform tool that is supported by Linux, Windows, MacOSX, Android, and BSD it was initially created for the Linux platform.

First we will show the Wireshark package information with the apt show command to learn which version of the wireshark is provided.

During the install, we will be asked with the following screen if non-superusers be able to capture packets. This simply means do you want to enable normal users to capture network packets. I urge you to accept this by clicking on the <Yes> like below.

Wireshark also provided for the yum and dnf based distirbutions like CentOS, Fedora, RHEL. The yum install or dnf install commands can be used to install the Wireshark. The package information about the wireshark can be displayed with the dnf info or yum info command like below.

We can install the wireshark with the following yum install or dnf install command. The package name is wireshark. The root privileges can be provided with the sudo command like below.

Or the yum install command can be used like below.

Wireshark can be opened in different ways from the Start Menu or command-line interface. Just type the “wireshark” to the start menu. In the following example, the KDE desktop environment provides the Wireshark from the start menu like below.

Captured packets are displayed on the main screen as a list in the upper pane. The packet structure is displayed in the middle pane.

Wireshark provides a lot of different filtering options for the captured packets. One of the most popular cases is filtering IP Addresses in Wireshark. The ip.addr is used for filtering and equal sign is used to set IP address for filter.

Another popular filtering option is filtering packets according to their protocols. Just typing the protocol name into the filter bar is enough. In the following example, we filter the DNS protocol.