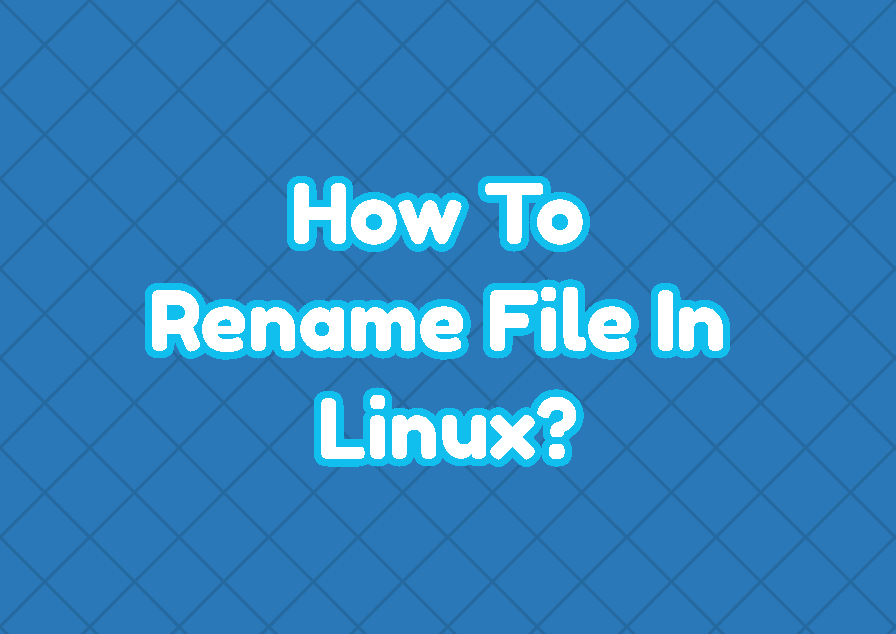 Renaming files is one of the most popular daily operations in Linux administration. Files can be renamed using different methods and tools like command-line interface, GUI, File Manager, etc. A renaming file changes a file name into a new one where the old file name becomes absolute after the file rename operation. In this tutorial, we examine file rename operation in Linux using different commands like mv, rename, and GUI method.

In the following example, we rename the file named “cities.txt” into the “mycities.txt”.

Alternatively, we can rename a file by changing its directory or current path. In the following example, we change the renamed file path into the “/home/ismail/Downloads”.

In the following example, we change the file “cities.txt” into the “mycities.txt”

Most Desktop Managers like GNOME, KDE, LXDE, etc. provides a File Manager. File Manager can be used to rename a file. First, open the file manager and then right-click on the file we want to change its name. Then select Rename... or press the F2 key.

We can see a file name edit screen where we can put the new name for the file.

Alternatively, we can use the absolute paths for the file like below.