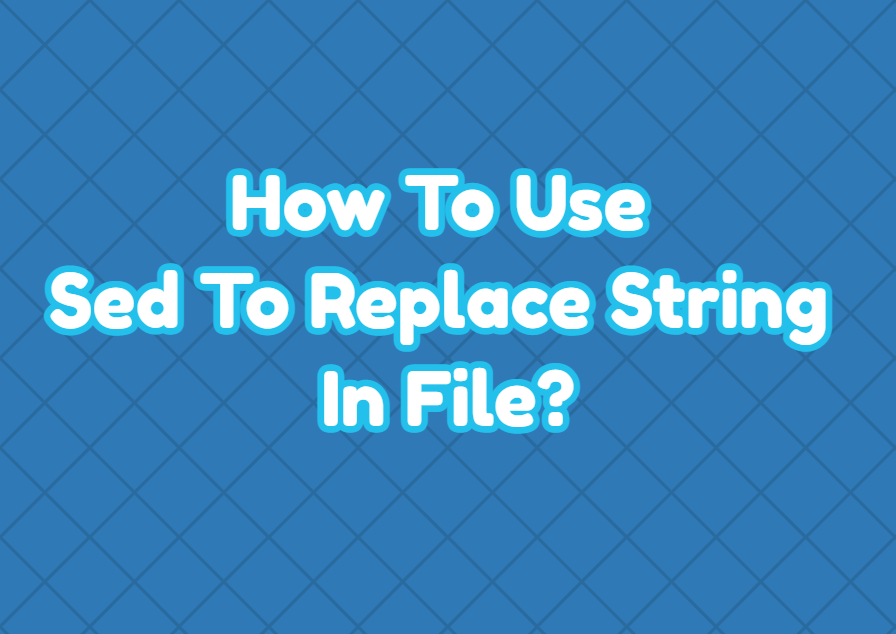 The sed command is an important command used to edit files or command outputs. The sed can be used to find and replace strings for a file easily via the command line interface. The sed name comes from the Stream Editor which provides advanced features to work with file contents. In this tutorial, we examine different examples to replace strings in string files.

The sed command works with the command provided to it. The following sed syntax can be used to find and replace strings in a file.

In the following example, we replace the string city with the citi for the file named db.txt

By default, the replaced string is not updated in the file. The new content is displayed in the command line interface. But we can use the -i option in order to update the file content during replace operation.

We can replace multiple strings in a file by specifying the old and new strings as separate parameters. Each replacement statement is provided with the -e option to the sed command.

Sometimes we may need to find and replace only the first occurrence of the specified strings. We should remove the /g from the replacement statement below.

By default, the sed command finds the string as case-sensitive. This means the city and CITY are not equal and do not match. We can make the find operation case insensitive adding the I after the /g .