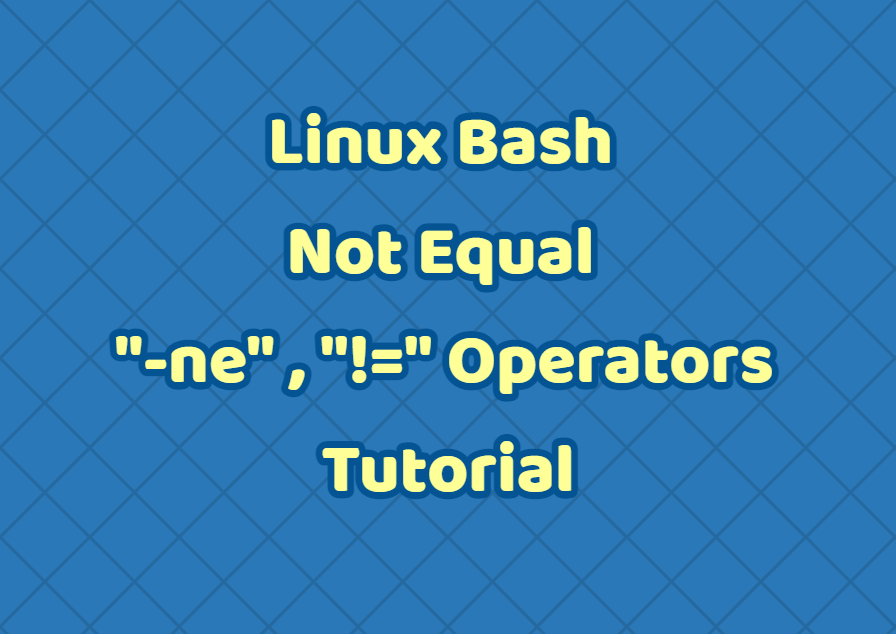 Linux Bash scripting language provides the not equal “-ne” operator in order to compare two values if they are not equal. The not equal operator generally used with the if or elif statements to check not equal and execute some commands.

The not equal comparison operator returns a boolean value which can be True or False. Generally, this boolean value is used with the if or elif statements.

Check If Specified String Is Not Equal

Alternatively, we can check two string variables like below. The variables are named as $myname and $yourname.

Check If Specified Number Is Not Equal

The not equal operator can be also used for numbers or integers to compare them each other. In the following example we will check if the bash integer variable $age is not equal to 18.

Alternatively, two integer or number variables can be compared for their inequality. In the following example, we will check if $myage and $yourage are not equal.