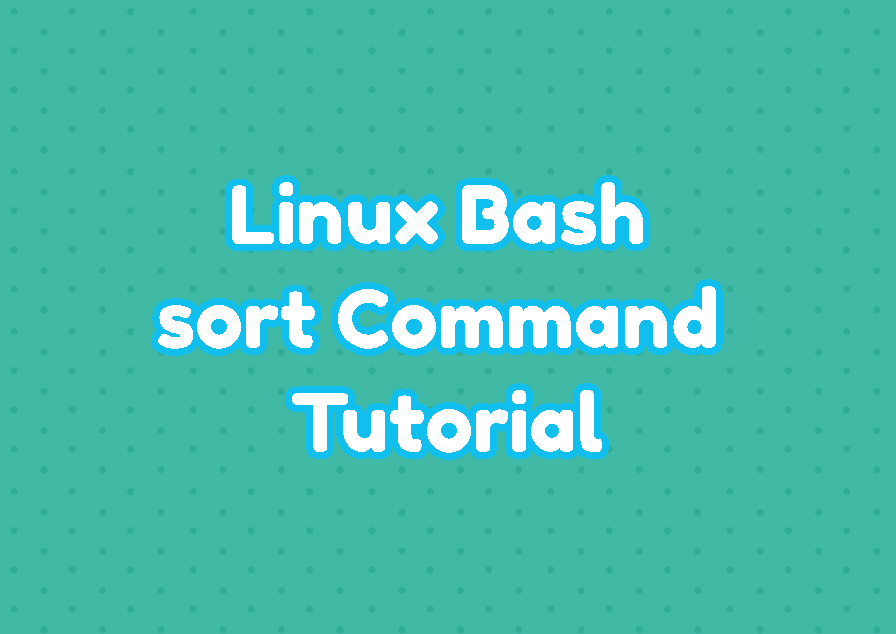 Bash sort command can be used in different cases and scenarios. Below we list some of the most populars.

During this tutorial about sort command we will use the following content which is stored in the file names cities .

Lets start with a simple example. We will sort the content of the file named cities.txt .

From the output we can see that the sort command works as caseinsensitive where the lowercase and uppercase letters are behaved the same. For example the dublin and Dublin are the same during sort operation.

As the output is redirected into the file named sorted_cities.txt there is no visible output.

See also  How To Set Proxy For wget Command?

The sort command sorts the content incrementally. But the sort order can be reversed by using the -r option. The -r option sorts decrementally where starts sorting from letter z to the a.

Sort According To Specified Column