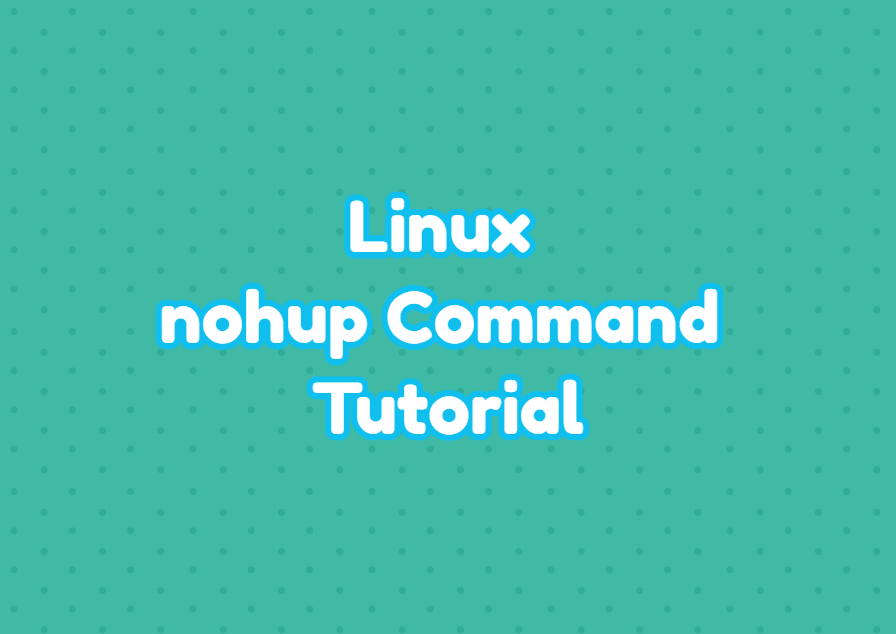 Linux nohup command is used to run processes that ignore the SIGHUP signal. The SIGHUP is a signal used to send to a process and control it even the terminal is closed. By default, a process is stopped when the executing terminal or sessions is closed but by using the nohup command this can be prevented.

Even the nohup command provides only two options the help information can be displayed with the –help option. The help option also lists some standard input and standard output related information about nohup.

The honup command has very simple syntax. The command we want to run and its options, parameters are provided after the nohup command.

Lets make an example where the provided command runs even we closed the terminal screen or disconnect from the remote session like SSH. In the following nohup example we will the top command.

When this command is executed the following output is printed. As commands and scripts have some input and output the current watch command output is automatically redirected into the “nohup.out“. the output is appended into the nohup.out file which preserves previous output.

Running Command or Script in Background

By default, the executed command or script runs in the foreground. Even we close terminal or SSH sessions it will continue the execution but alternatively, we can run the command in the background by default. The bash shell & ampersand is used to run command or script in the background and will continue event the current terminal or SSH session is closed. The & (ampersand) added after the command.

Redirect Output to a File

We can see that the process ID is 5385. Now we will kill this process with the kill command like below.

The nohup command provides easy and practical way to run commands and scripts even after closing the terminal or SSH session. But there are some alternatives which are generally soft terminals do not killed after closing terminals or disconnecting SSH sessions.