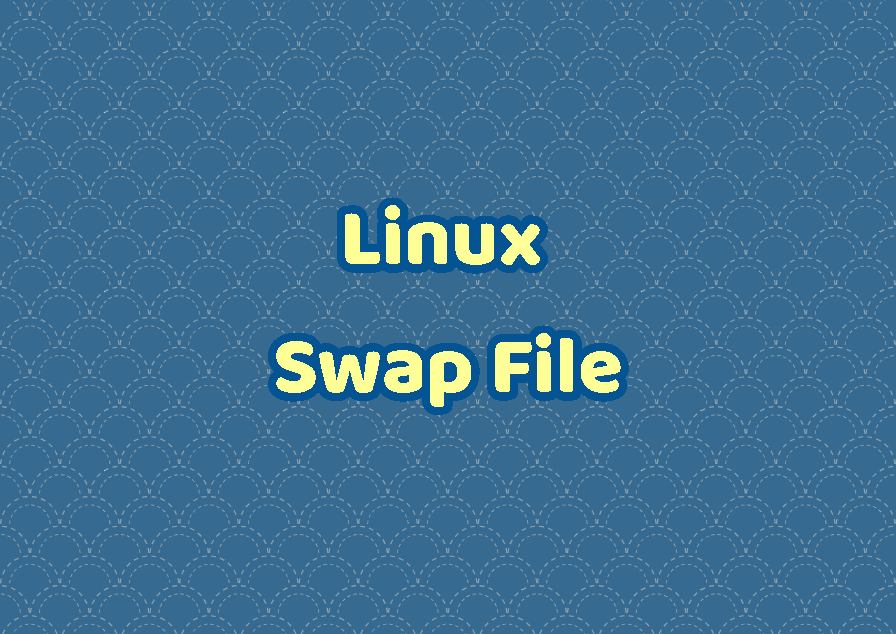 Linux provides a Swap file which is used as a memory or RAM. Typically currently running processes, tasks and jobs use memory and RAM in order to store volatile information. But in some cases, the available memory space is not enough. When the memory filled up a disk-based memory file named Swap is used to store running processes, tasks, and job information. The swap file is also called as 3rd level memory.

The swap file is a type of virtual memory because it is not originally created like memory or physical memory. By creating and using the swap file the memory is extended or increased.

There is no technical limitation for the swap file size. but there are some best practices where generally half of the physical memory or RAM is preferred. For example if the system has 8 GB RAM or memory the swap file can be made as 4GB. In total the system has 12GB memory.

Alternatively, the dd command can be used to create a swap file and allocate the required space. Because fallocate may be missed in some Linux distributions.

The swap file system can be created by using the mkswap command.

The swap file can be enabled by using the swapon command. This command enables and sets the specified file as a swap file but after reboot, this configuration is lost.

The swap file configuration can be made permanent by configuring the /etc/fstab file for the swap. The following line makes /swap file as swap and uses permanently in every reboot.

The swap file can be also easily removed or disabled if not required. The swapoff command can be used temporarily to remove the specified swap file.

Alternatively, if the swap file is configured in /etc/fstab and we want to remove it permanently the swap file configuration line can be removed or commented like below.

The swap file is secondary memory used to store volatile information. RAM provides high speeds, low latency to read, write and change the information in memory. But the swap file is a regular file where it is less performative than the RAM. So the swap file performance is very low according to the RAM. If you do have enough memory or less memory requirement prevent the usage of the swap file.