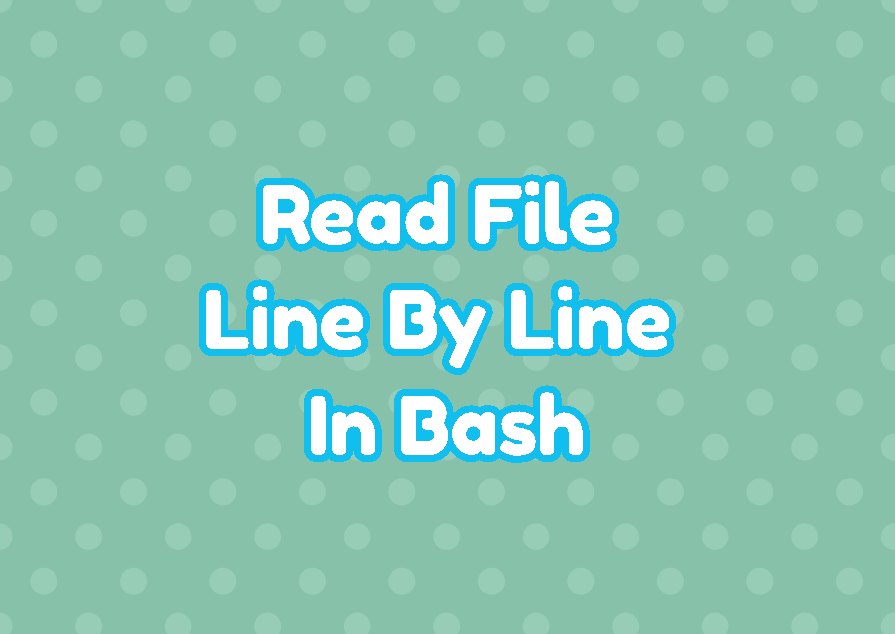 Linux bash is a powerful command-line interface and scripting language. It provides different features like reading files line by line from the command line. In this tutorial, we will examine different ways to read a file which is generally a text file line by line.

The bash provides the read command which is a built-in command provided by default. The read command reads the given file for a single line every time it is called. the read command can be merged with the while loop where multiple lines can be read repetitively. This can be done with a one-liner or single-line bash command line below.

The output is like below where there are some empty lines.

This read command can be also implemented in a more readable way as a bash script.

But to make things more readable we will make this script file directly executable with the chmod u+x command like below.

After that, we can execute the script file named read_line_by_line.sh .

Also, we can specify the bash script file with its full path or absolute path like below.