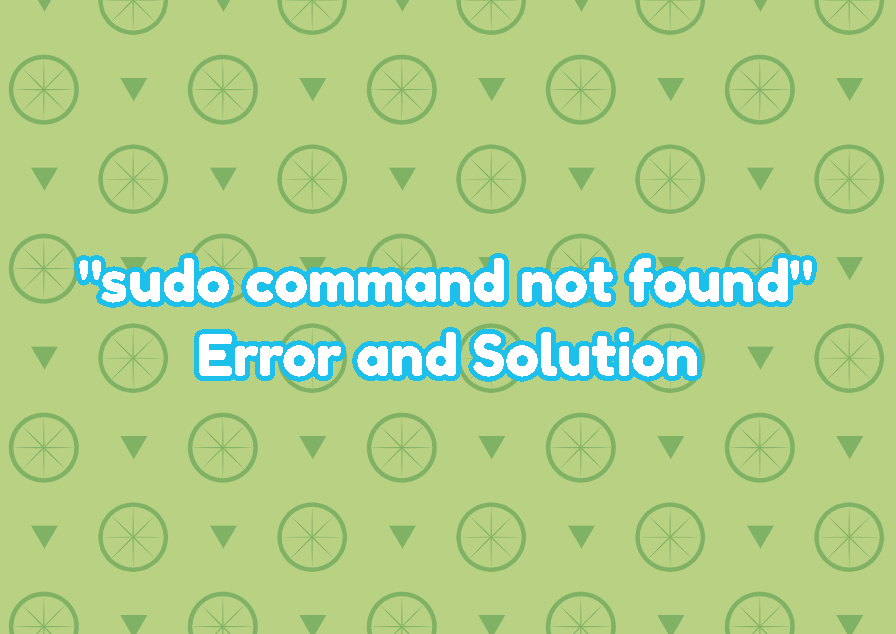 There are different cases when the “sudo command not found” error occurs. The sudo command can be used with commands like apt,useradd,mkdir,ls etc.

Some distributions do not install the sudo command by default and so it can not be executed. In order to use sudo command, we should install it properly.