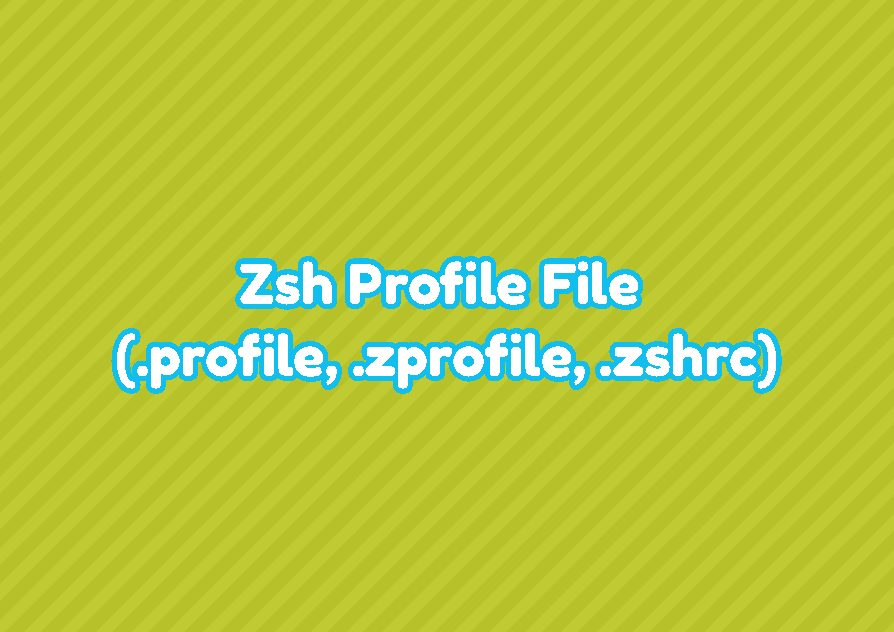 The zsh is not popular as bash but has a lot of users who passionately love it. Especially by using the oh-my-zsh plugin, the zsh becomes more powerful. But as a non-standard shell for the major Linux distributions, it can be a bit difficult to configure it, especially for the .profile file. The .profile file is used by bash to load some configuration about the user but the zsh does not load the .profile.

The zsh shell provides the .zprofile under the user home directory in order to load profile related configuration. The path is ~/.zprofile and can be used like a bash profile file with zsh commands. On the other side, zsh does not loads the .profile or ~/.profile file. By default, the ~/.zprofile file is not created but you can create the .zprofile file easily with the following command.

When a new terminal or shell is opened the ~/.zshrc file is loaded and the related configuration is applied. The .zshrc file contains some commands to configure the newly opened shell. This is different than the .zprofile file which is executed when the user logs in. The default .zshrc file is like below which contains configuration about;