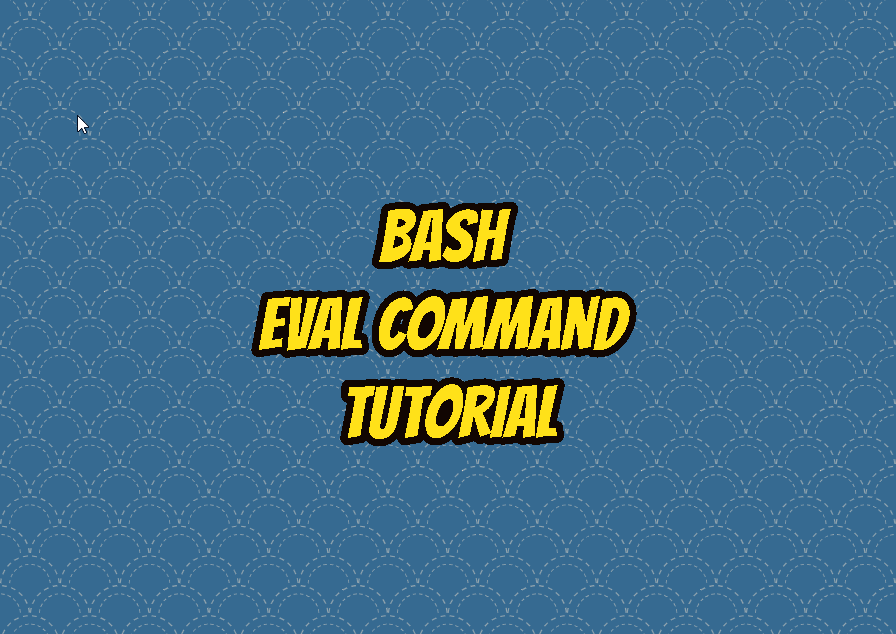 The bash eval command has very simple syntax. It only accepts single or multiple strings and concatenate into single string to execute.

The eval command may accept multiple parameters which are joined into single text and executed in bash shell. This can be used in order to providews command and parameters like below. In the following example we will execute the ls command with the -l and -h options.

Providing the eval parameters as text by using single or double quoto is very important. The command and its parameters can be provided in quotos as multiple text.

Some bash scripts created to be dynamic as they store the commands in variables. In order to accomplish tasks, these variables’ contents should be executed in the bash shell. The eval command can be used to execute a bash variable content in the bash shell. In the following example, we will create a variable named $command and set some text to it which will be executed as a command.