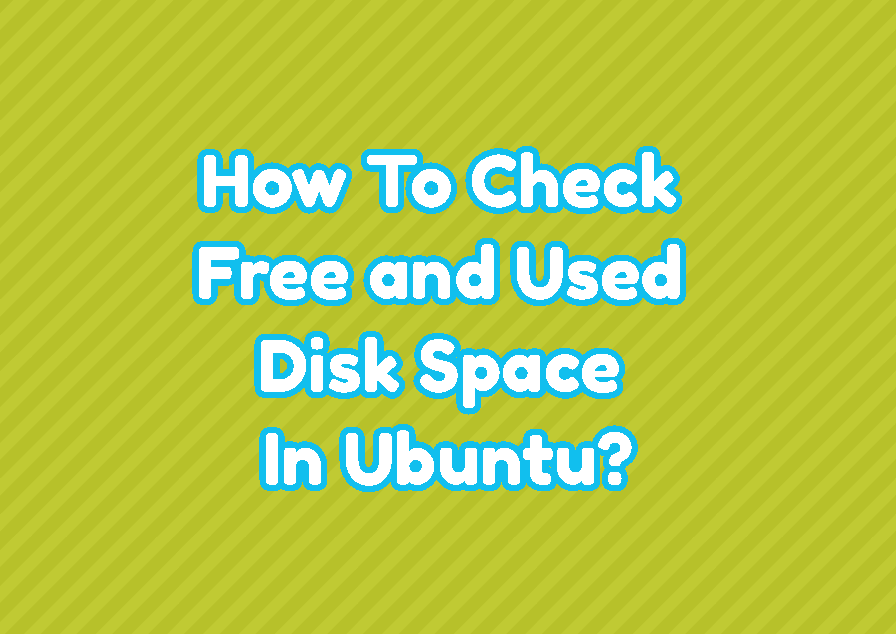 The disk is an important resource for Ubuntu distributions and servers. Especially SSD disks are more expensive than other mechanical disks. So it is important to check free and used disk space regularly and take required actions to empty unnecessary data. Ubuntu provides different ways, commands to check free and used disk space. In this tutorial, we examine command line and GUI ways to list disk space usage.

The Disk Analyzer can be opened via the Ubuntu Dash or via menu.

Qdirstat is powerfull tool which provides free and used space about disk, partition and directories. It is not installed by default in Ubuntu operating system. The Qdirstat can be installed with the following example.

The Qdirstat can be opened via the Ubuntu Dash or Menu. We can see that Qdirstat lists root partitions and child directories sizes, usage percentage and other details with a graphical presentation.

The df command can be used to to display amount of disk space available. The -h option is used to list size, used disk space, free disk space in a human readable units like gigabyte. Also the used percentage is provided.

The ncdu command can be used to list disk usage only, it do not provides disks free storage. The ncdu is not install by default in Ubuntu and can be installed like below.

As a command just execute the ncdu command from the command line interface like below.