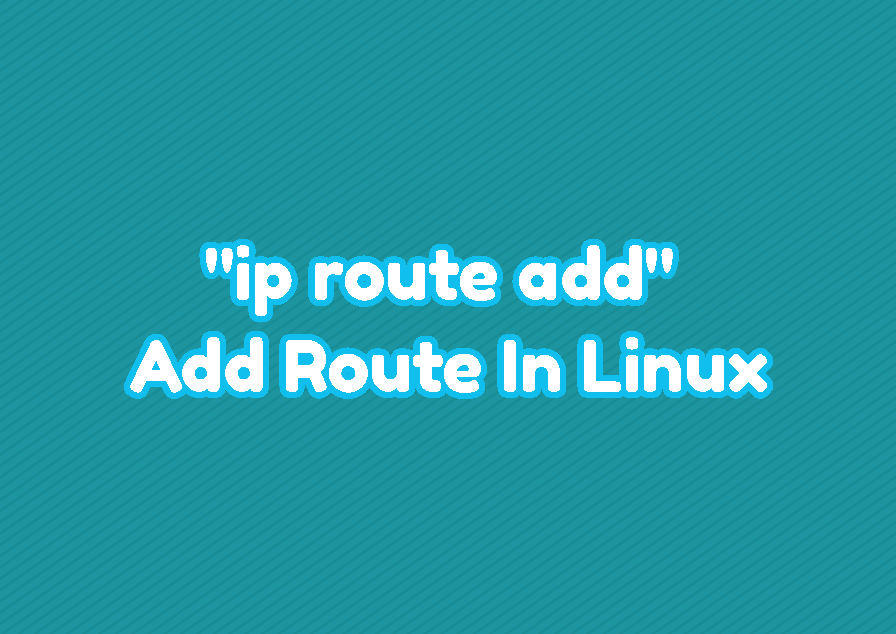 Linux provides the ip route command in order to manage the routing table. The routing table is used to set routes for different destination IP addresses. Even there is a default route in most of the cases which are used to sent IP packets to the other networks we may need to add new routes via the command-line interface by using the ip route add command.

Before starting to add new routes current routes or routing table can be checked to prevent collussions with exitsting routes. The ip route command can be used to list current routes.

The first line starting with the default is the default route where all unmatched IP packets are sent through this route or default gateway.

Generally, Linux distributions use helper tools that add default gateway according to the DHCP server. But in some cases, this may not work or we may need to add a new route or default gateway. First of all, in order to change a Linux system routing table, we require root privileges that can be provided with the sudo command or by elevating to the root user. In the following example, we add the “192.168.1.1” as the default route.

The ip route add command can be used with a device name as destiantion gateway. The specified network interface or network device gateway address is used automatically as the gateway. In the following example we set the eth1 network interface as destiantion device for the network “10.0.0.0/8”. If an IP packet is processed the next hop is the “eth1” network device gateway.