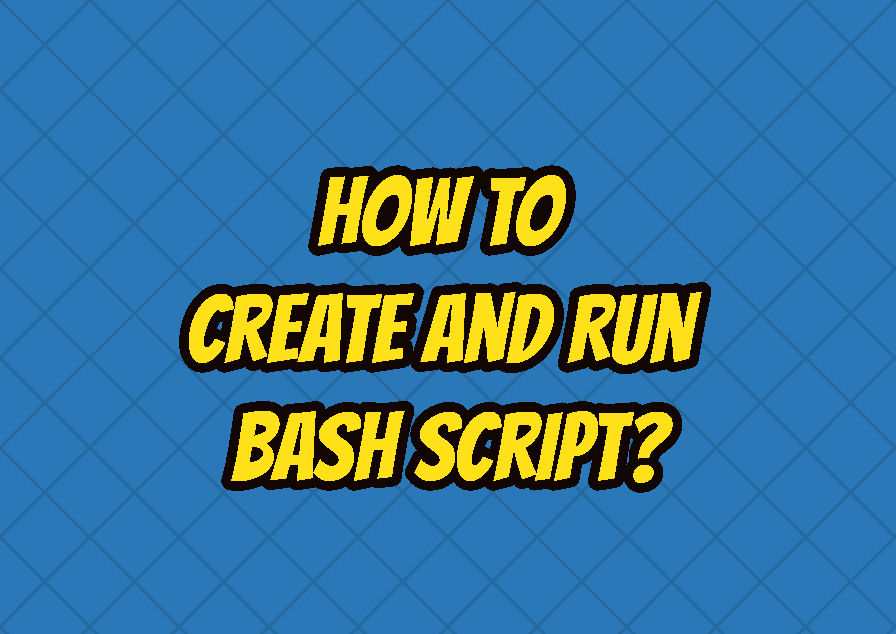 Bash is a Unix and Linux shell and command interface language. The bash was released in 1989 with the GNU project. The Bash became popular with Linux and related distributions like Ubuntu, Debian, CentOS, RHEL, etc. Bash provides a very useful command-line interface with complete scripting language features. Linux commands can be executed via the bash command-line interface. Also, the bash scripting features can be used to create simple to complex scripts and programs. In this tutorial, we examine how to create and run a bash script.

From the output, we can see that the current shell executable is /bin/bash which means this shell is Bash. If the shell is different than the Bash the bash shell script may or may not work which is unreliable.

Alternatively, we can specify the bash script file absolute of full path to call it from the different working directories.

The best way to run a bash script is to make it executable with the chmod command like below. After making the bash script file executable we can directly call it to execute. There is no need to use the bash command.

Create and Use Variables

Bash provides variables in order to store different types of values like string, character, number, etc. The variable can be defined, created, and set by typing the variable name and assigning it the value we want to set. The equal sign is used for the assignment. The bash variable assignment is like below.

Variables can be used with the $ prefix. For example below we create the variable named age and use it $age .

When we executed this bash script the output is like below.

Like the bash command-line interface, we can run commands in a bash script and use their outputs. In order to run a command, the command put inside the $(COMMAND) where the COMMAND is the command we want to run.

In the following example we ask the user’s name and age, then print it to the screen.