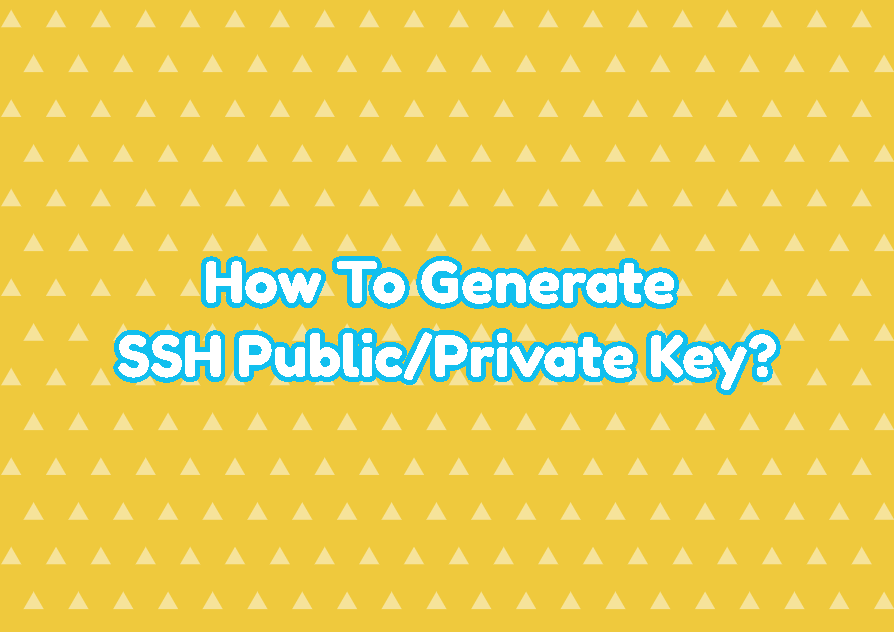 SSH is a popular protocol used to manage systems remotely, transfer files, etc. SSH provides access to the remote systems in a secure way by encrypting the communication which is transferred over the computer networks. SSH also protects security by making authentication to access remote systems. Authentication can be done in different ways. The most popular way for authentication is using a password which is generally typed during the login. SSH also provides a more secure way for authentication like Public and Private Keys. By using keys there is no need to type a password. The user’s public and private keys will be used to automatically login to the remote system.

The ssh package in Linux provides the ssh command and related tools like ssh-keygen. The ssh-keygen is used to generate or create SSH keys. It can be also used to manage and convert keys too. By default, the ssh-keygen command generates RSA public and private keys. The generated public and private keys are stored under the current user home directory ~/.ssh/ folder. The public key is named id_rsa.pub for the public key and id_rsa for the private key. The rsa is added to the name as the key algorithm is RSA.

The output will be like below but during the creation of the public and private keys, some questions will be asked.

Alternatively, we can create the public and private keys by overwriting with the -o option for the ssh-keygen. Actually, if the key already exists it will be asked during creation but using the -o option it will be automatically overwritten.

The output is like below where id_rsa and id_rsa.pub is listed.

After creating the public and private key pairs these keys can be used in order to authenticate users without a password for the remote SSH servers. The ssh tool suite also provides the ssh-cop-id command which is installed with ssh by default. As its name suggest the ssh-copy-id command simply puts the current user public keys to the remote SSH server authorized_keys file for public key-based authentication. Using the ssh-cop-id command is the same as the ssh command where we will provide the username and the remote system hostname or IP address like below.

The output is like below after we have provided the password for the remote user named ismail .

Now we can try to login to the remote SSH server without a password by using a currently deployed public key like a regular ssh connection with the following command.