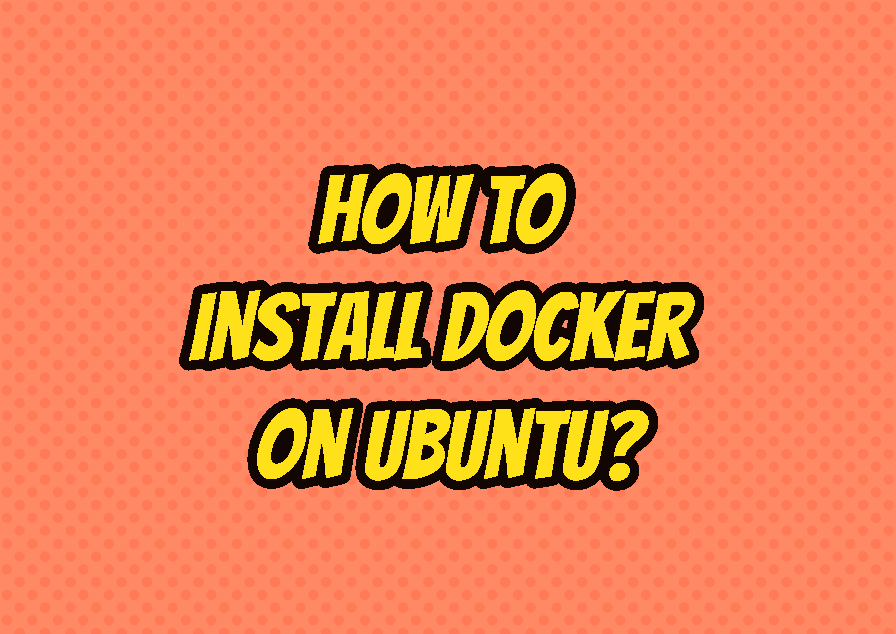 Docker is a container technology very popular in Linux distributions. The docker provides the ability to run single or more commands and applications in an isolated secure environment like a VM but with few resources. As a popular Linux technology, Ubuntu supports docker containers. There are different ways to install Docker on Ubuntu. But two most popular ways are using the Ubuntu official repository or using the Docker-provided installation script via the official site. In this tutorial, we examine both installation methods.

The Docker package named docker.io can be installed with the sudo apt install command.

Docker can be also installed via the official site using provided installation script. I highly recommend the Docker Official Site installation because it provides a more up-to-date version as the Ubuntu provided Docker comes older versions and is not updated in a regular fashion.

First, we update the apt repository to get the latest package information.

First, we install the required prerequisites

If everything is OK the output is like above. Now we add the Docker official apt repository to our repository list with the add-apt-repository command like below.

Now we have added the Docker official Ubuntu repository and we can install packages with the following command.

Docker is a popular and dynamic project which is updated in short intervals. Some features may become absolute and some new features are added. This may create some unreliability to update Docker regularly. So we can disable the docker package update which makes the usage of Docker more reliable. The Docker package update can be disabled with the followint apt-mark command.

From the output we can see that the Docker service is active and running .

Now let’s make a test run with the newly installed Docker. As we have configured the current user to use Docker without root privileges we just run the docker command to use it. We will run the Docker contains named hello-world which is created for testing purposes.

See also  How To Copy, Cut, and Paste In Vi/Vim?