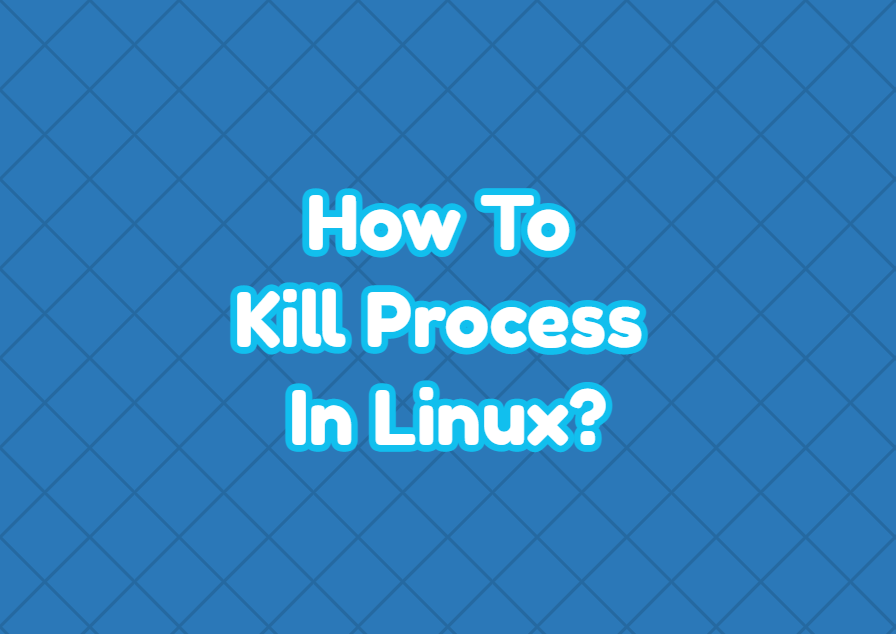 Linux is a process bound operating system where every taks and action is taken via processes. There are a lot of process for system and user related tasks. Daemons or service processes expected to be run in background continuously and user processes generally started and completed after complating tasks. But in some cases we may need to kill or end or stop a process in Linux.

Generally in order to kill a process in Linux the process name or process ID should be known and provided to the command which will kill the process. The processes can be listed with different commands but one of the most popular command to list running processes is the top command. The top command provides

Alternatively the ps aux command can be used to list processes with their process ID and related information.

The process ID is pritend as output of the pgrep command.

Alternatively the -9 option can be used.

The killall command can be used to send kill signal to the all processes which matches with the specified process name. The process name or ID is provided is killed. In the following example we kill all process which name contains bash .

Kill process with exact name can be accomplished by using the killall command with the -e or exact option.

By default killall command is case sensitive where uppercase and lowercase letters are treated as different but -I can be used it caseinsensitive which will ignore case for the process name.

Ask for confirmation to kill process can be done with the -i option for the killall command.