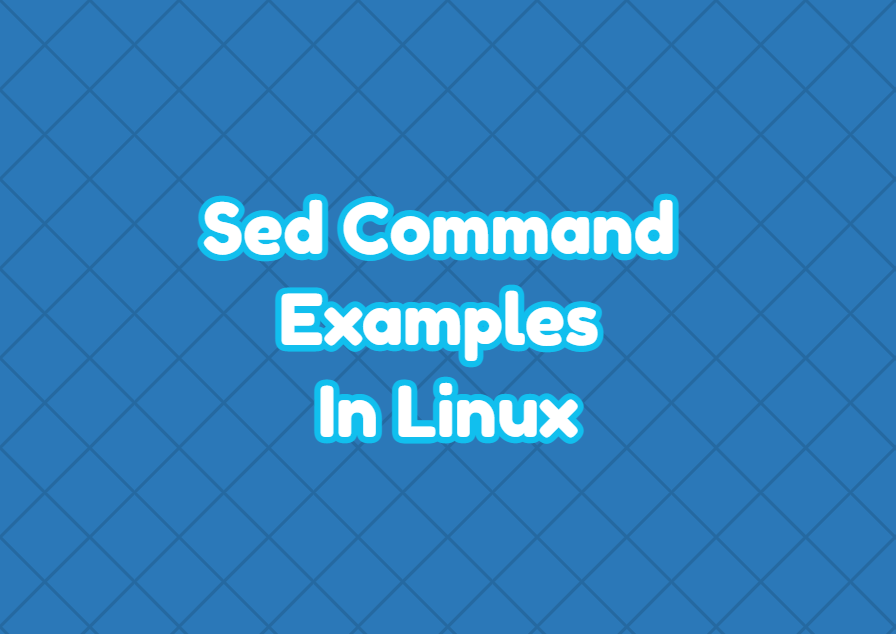 The sed command is a stream editor used in Linux and Unix operating systems popularly. The sed command is used to search, replace, edit, insert, delete, and similar text operations for single or multiple files via command-line interface in a programmatic way.

The sed command syntax is like below where OPTIONS, SCRIPT, and INPUT_FILE can be specified.

The result is returned to the standard output and in order to make changes persistent, the output should be saved into a file.

One of the most used features of the sed command is replacing or substituting strings in a file. In the following example, we substitute “debian” with “ubuntu” for the file named “distro.txt”.

A string or word can exist multiple times in a text. The previous example replaces all occurrences. But we can specify the occurrence number to replace. In the following example, we replace the “debian” with “ubuntu” for every 3rd occurrence in the “distro.txt” file.

Replace/Substituting From nth Occurrence To End of String

By default, sed works for the whole file but we can specify the lines where the sed script can work. The line number can be used to make changes or replace them effectively. In the following example, we change “debian” with “ubuntu” for line number 5 for the file “distro.txt”.

By default, the whole file is printed as sed output and if the file is very long it can be hard to review. The -n the option can be used to print only replaced or processed lines which makes review easier and faster.

Replace String In the Specified Range of Lines

The last line of the file can be deleted with the following sed script.

The d can be used to delete a range of lines where lines are specified before d by separating them with a command. In the following example, we delete line numbers between 5 and 10.

In the following example, we delete lines from starting line number 20 till the end.

We can set a search term and delete all matched lines completely like below. In the following example, we delete lines that contain the search term “ubuntu”.