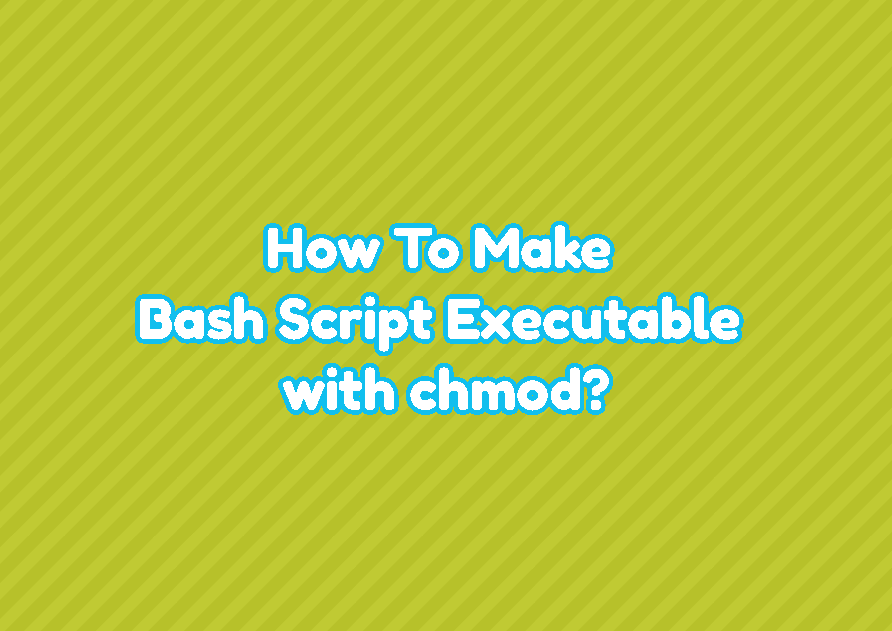 The chmod command has the following syntax.

Alternatively the +x can be used to make given script file executable for every one. The script file owner, group and others can execute the specified script file.

The bash script can be executed in different ways. The most basic way is specifying the script name with its full or absolute path.