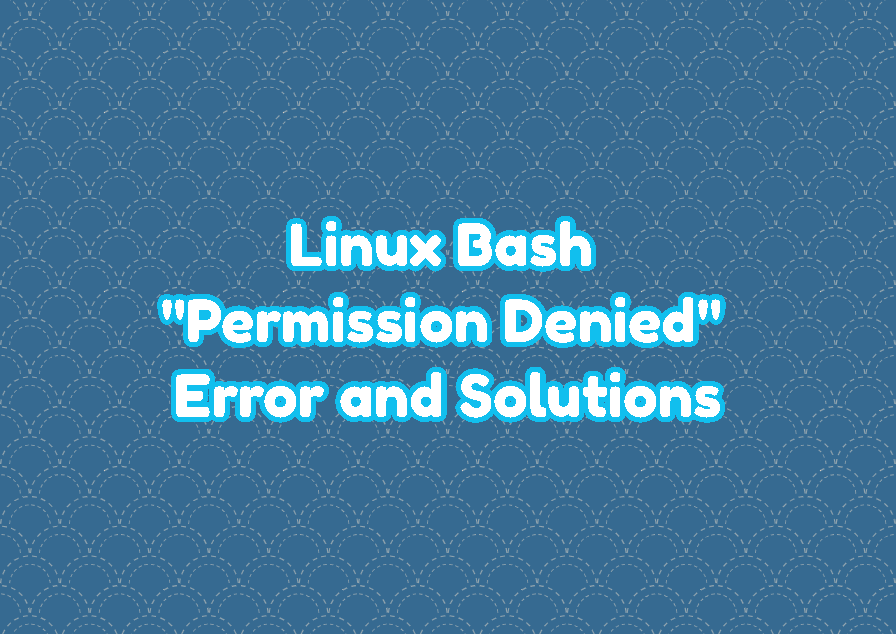 Linux bash can be used to run and execute scripts, programs, applications, and commands in a fast and practical way. When a script, program, application, or command is tried to be executed there may be errors like “Permission Denied“. This error can be caused for different reasons. In this tutorial, we list some solutions to the permission denied error.

Linux requires different privileges and permissions in order to execute, read, write files, scripts, and commands, etc. If the required permissions are not set you may get the “Permission Denied” error.

But this makes the file executable for the current owner of the executable, program, application, or script. Let’s list the owner information about the specified script.

If setting execution permission and changing the owner user of the file is not solved the problem there are other things to do. The commands are stored in a disk where they are mounted to the Linux system with file systems. File systems may prevent the execution of the command, script, program, or application it mounted as with noexec option. Check the file system if it is mounted with the noexec option by using the mount command with the -l option.

If the permission denied error is not solved yet the last step is setting the directory permission recursively where the binary, executable, script, application file resides. This can be a bit dangerous because it may lower the security barier and may give the owner users to execute other binaries. In the following example we made all files in the /mnt/d executable for their owners.