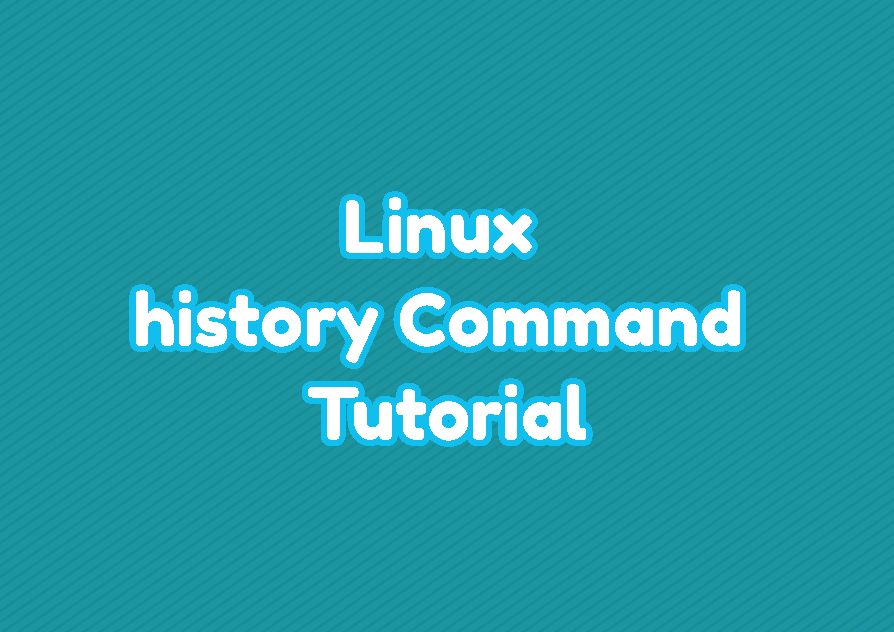 The history command has the following syntax.

From the output we can see that the commands and numbers are printed. These numbers are used to execute or remove them from the history.

Even last 1000 commands are listed with the history command we can set a limit for the displayed command count. We will just provide the number of the commands we want to display from the history.

One of the most useful feature of the history command is the ability to execute previously executed command. The command can be executed with its history number which is listed previously. The ! sign is used to specify execute historical command with the specified ID. In the followig example we will execute the command numbered as 333.

The output will be like below where the command is printed to the terminal.

By using the ! sign the historical command is executed. We can also add :p which will not execute the command and only print to the screen. We can copy and paste the printed command into the terminal for execution. This is a more controlled way to execute historical commands.

By using the double exclamation mark !! the most recent command can be executed directly. This is equal to the !1.

History can be searched in an interactive manner. Just press the CTRL+R keys which will start the interactive search mode where we can type some characters where the matched command is displayed. In the following example, we type “login” which will look below.

Press Enter to executed listed command or Press ESC just put the command into the terminal where you can change some part of the command.

Even historic commands are very useful we may want to remove some of them for different reasons. For example, if we have typed a command which contains sensitive information like username, password, or token we should remove this line. The -d option is used to remove the specified line number from the history.

Deleting history commands line by line is a trivial task. All history can be deleted by using the -c option. This clears the history.