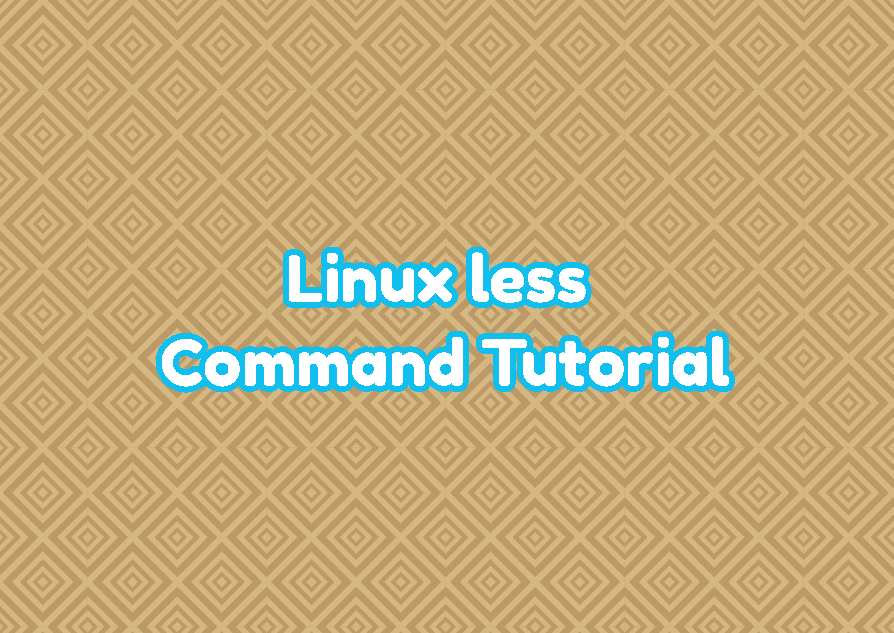 The less command is one of the commands which is used to display and read file contents into the terminal in Linux and Unix systems. less command makes it very easy to navigate, search in a file with a keyboard shortcut. less command first created for Unix systems where there is no GUI and every task was completed via command line. less is only used to view and navigate a file or document but can not edit and save it. vi, vim, nano, etc. are complete text editors that provide display, search, and advanced edit options. less is generally used to read text files and log files. less name comes from the lesser which means print less information from the given file to read easily.

The less command has the following simple syntax.

Even the less command provides a lot of options one of the most popular and useful options are like below.

The less command mainly used to read text and log files. In the following example we will read the log file named /var/log/syslog .The path of the file we want to read is provided as parameter.

Alternatively if the file is located in the current working directory we can use th only the file name like below to read page by page.

The current working directory located files can be listed with the ls command like below.

Follow Given File and Print Changes To The Terminal

Show Contents In The Bash Terminal

Use less Command with dmesg Command