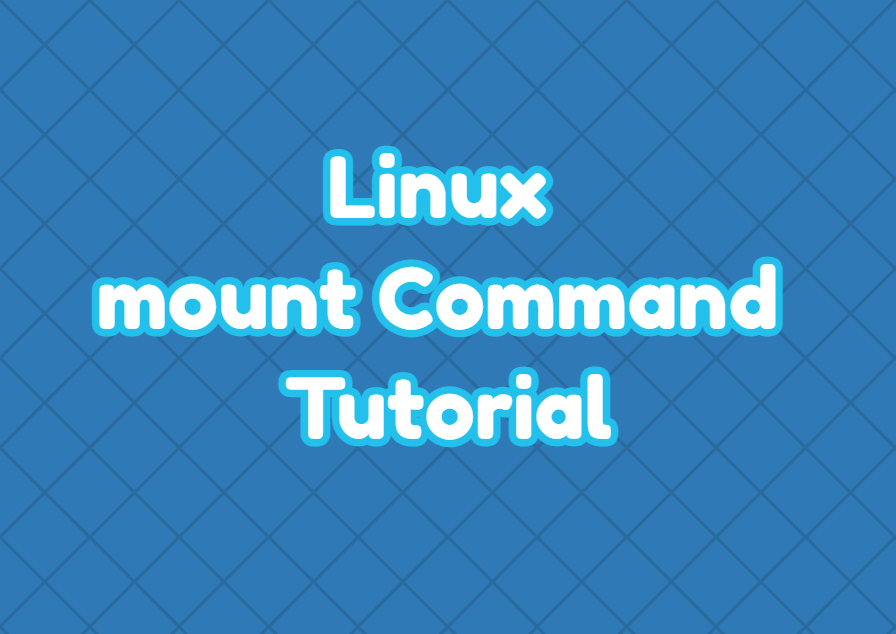 Linux operating system may mount different types of file systems like ext3, ext4, btrfs, smb, etc. We can list only specified file systems which are mounted.

The mount command has the following syntax which can be used to mount a file system or device.

Let’s start with a simple example. In this example, we mount a device or partition named /dev/vda1 into the path /mnt/d . The mount operation is an administrator-level operation that requires root privileges. So we use the mount command with the sudo .

The mount command can be used to mount USB drives. First, we create the directory to mount. But alternatively, we can use the existing directory.

Now we assume the USB drive is named as /dev/sdb1 .

ISO files are used to put multiple files into a single file which can be easily written into a CD or mounted. The mount command can be used to mount the ISO file. ISO file or file system is a bit different from other file systems which are called as loop device and the -o loop option should be provided. In the following example, we mount the ISO file named “ubuntu.iso” into the “/mnt/iso”.

The NFS or Network File Share is a popular file system used in Linux and Unix operating systems. The NFS is used over a network where the file system is used via a network connection from other systems. By default the NFS libraries are not installed and can be installed like below.

See also  How To Change Directory In Linux?

The NFS can be mounted by using the /etc/fstab file. Just open the fstab file with the following command.

After adding these lines we should call the mount command with the mount path like below to complete the mounting NFS file.

The /etc/fstab file is used to make mount operations permanent. The mount command parameters are stored inside this fstab file. The file system, path, type, options, dump and pass parameters are inserted into fstab file.

If you want to mount a recently added line we can use the mount command with the -a option like below.