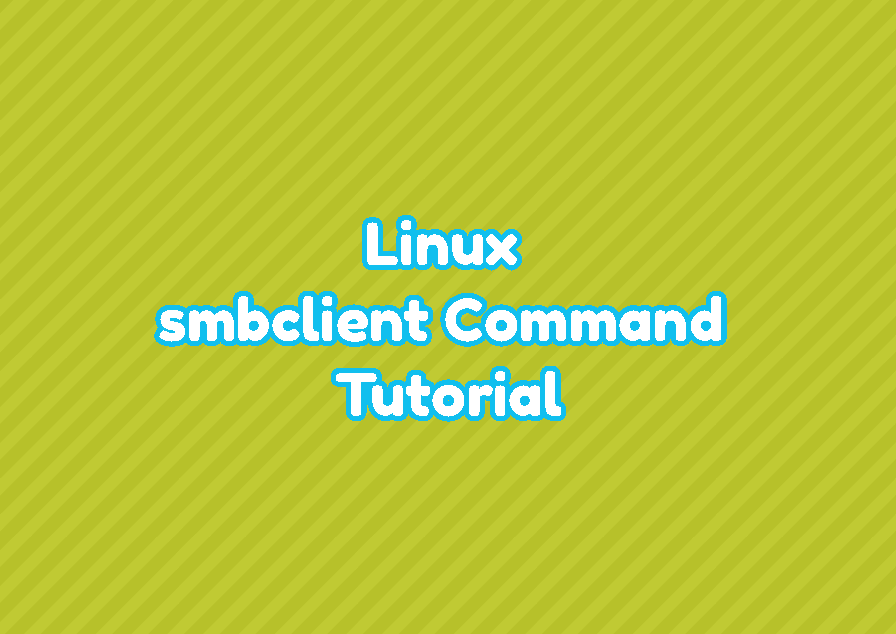 SMB is a popular protocol used to share files over the network. Even it is created for Windows operating systems it is supported by Linux distributions too. The smbclient command can be used to access Windows shares easily. By using smbclient the remote Windows shares can be listed, uploaded, deleted, or navigated easily. The smbclient … Read more

CIFS is a network-based file-sharing protocol which is used to share file, folders, and data over the network. The Windows, Linux, MacOSX, and other operating systems support the CIFS which makes it very useful to share files and folders over different operating systems. Both the SMB and CIFS protocols are developed by Microsoft and they … Read more