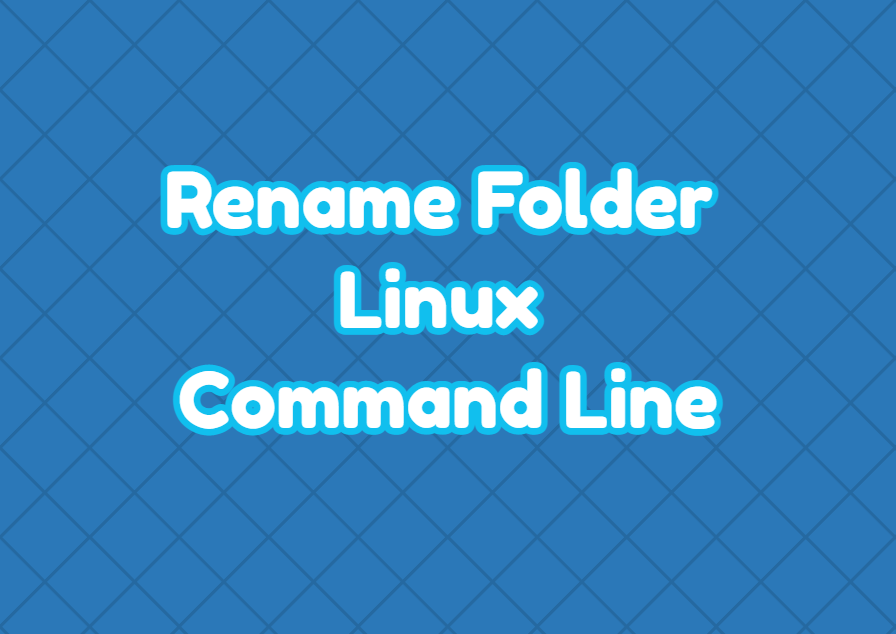 Linux provides different commands in order to rename folders. The folder can be also called a directory which is used interchangeably with the term folder . In this tutorial, we examine how to rename a folder which is a very similar operation to moving a folder. We will only examine the renaming folder command line operations.

The rename is the original command in order to rename a folder. We can provide the folder name patterns to rename them. In the following example, we rename the folders whose names start with “backup” into the “db”.

The gvfs-move is a similar command to the mv command. The gvfs-move command is created for file share or network share-related operations but it can be also used for local operations.

The gvfs-rename is very similar to the mv command and can be used like the one below in order to rename the folder.