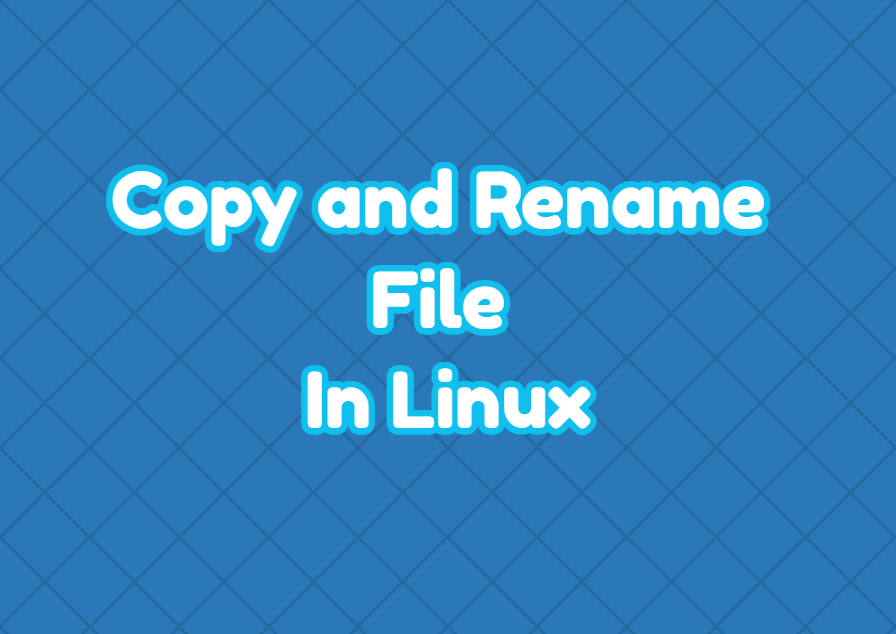 The cp command is used to copy files but as we expect it also renames the copied files with the specified name. The source file is specified as the first parameter and the destination file with a new name is specified as the second parameter. In the following example, we copy and rename the file named db.txt into newdb.txt .

If we only need to rename a file we can use the mv command. The mv command is actually created to move files but it can be used to rename files which are very similar to moving files with new names. In the following example, we rename the file db.txt .

Copy and Rename Files with cp and rename Command

The rename command can be used to copy and rename files with specific extensions. In the following example, we rename all files with the *.txt extension into the *.t extension.