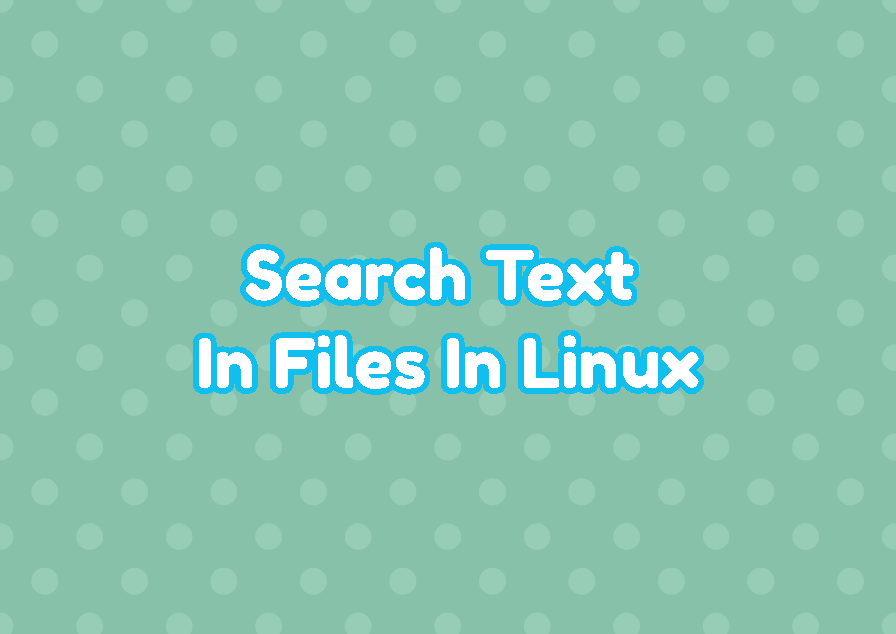 The grep command is the most popular and useful command in order to search text in files. The grep command provides a lot of features and options where search can be done in a single file, multiple files, specific path, or specific file extensions.

The grep command searches files in a case-sensitive manner. This means upper case and lower case are interpreted as different. The “A” is not equal to the “a” letter. But in some cases, we may need to search in a case insensitive way where “A” is interpreted as “a” too. The -i option is provided to enable case-insensitive text search.

The text search with the grep command is executed in all files under the specified path. There is no exception excluded from the search. But in some cases, we may want to exclude some directories or files from the text search in Linux. The –exclude-dir option is used to specify the excluded directory names.

Also the files can be excluded from the search according to their names or extensions. The –exclude option is used to specify the file name or the extension by using glob operator. In the following example we exclude the files named “binary” from the search.

In the following example we exclude the files with the “*.bin” extension from the search.