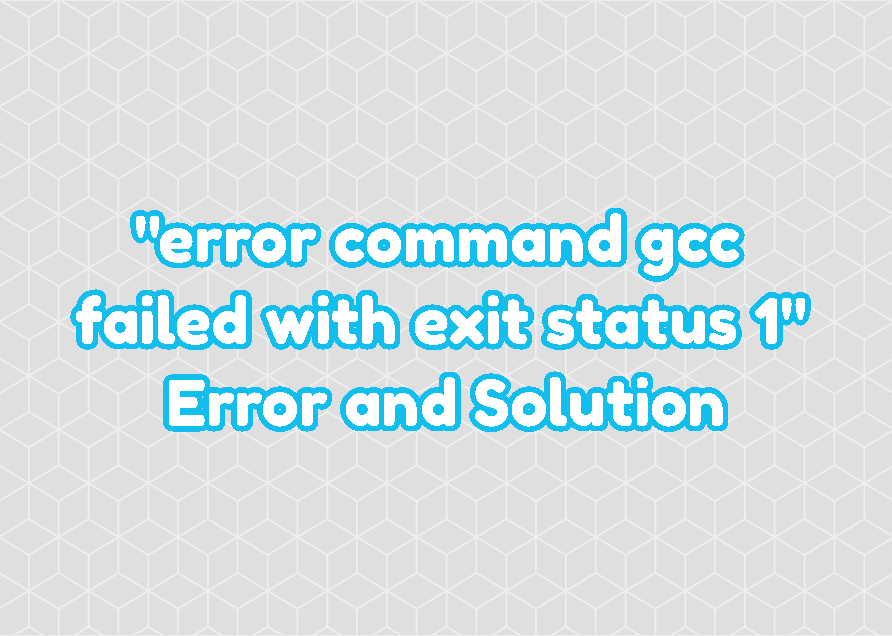 The “error command gcc failed with exit status 1” error is a very common error that is mainly related to the GCC compilation and required libraries. This error text is longer than this. The remaining part expresses the specific application name or libraries. In this tutorial, we examine how to find the error cause and solve it by installing required libraries or packages. Also, we provide some common solutions which can solve the problem in most cases.

The error cause is located in the 4th line. The “fatal error: Python.h: No such file or directory” expression explain what is the cause. It simply says that the Python development library or packages are not install or found.

The GCC is used to compile given source code. If he GCC is not uptodate or even not installed the compilation ends with error. So first step is updating or installing the GCC.

The build essentials are libraries and packages used to build source code. They are essential to build most of the packages. By installing this package the error can be solved.

Other popular libraries are libffi, libxslt and openssl. They generally required by Python tools and libraries for compilation. So you can install these libraries with the following commands.