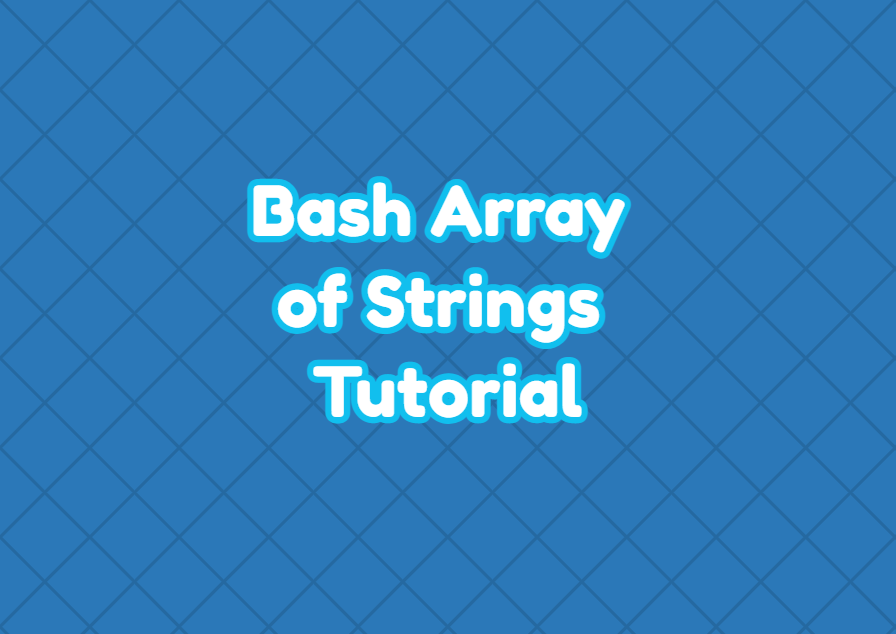 Bash script provides the array data structure in order to store multiple items in a single variable. Multiple strings can be stored inside an array which is also called as array of strings . In this tutorial, we examine how to define or create an array of strings by accessing and looping them in bash.

Bash array of strings can be created with the following syntax. The array is created using brackets and putting string items inside it.

In the following example, we create an array named cities which contains multiple city names as strings.

In the following example, we access the items of the array named “cities”.

Iterate(Loop) In Bash Array of Strings

The for loop can be used to iterate over the bash array of strings. From the start, every item is iterated one by one.