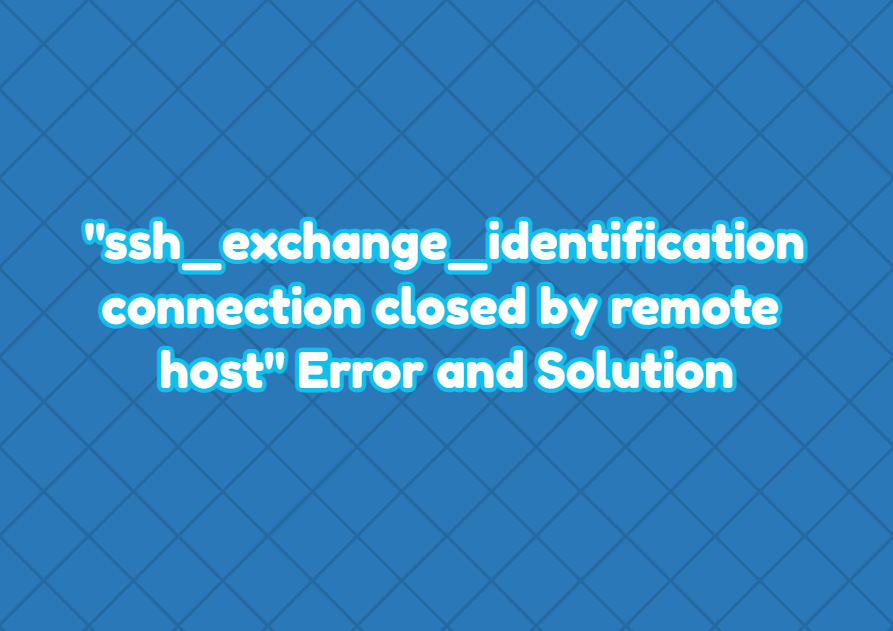 SSH protocol provides secure communication with remote systems in an easy way. When using the SSH protocol and tools to connect to the remote system there are different security checks. These checks may prevent or rejects the SSH connections. The ssh_exchange_identification connection closed by remote host error occurred when the remote system or SSH server rejects the communication. There are different reasons for this error and different solutions can be implemented to solve this.

If you need to allow for a specific network range use the following line.

or you can simply allow a single IP address for the SSH connection like below.

In order to make this configuration changes effective restart the sshd daemon with the following command.

The sshd_config file is used to configure SSH daemon or sshd service. It provides different security configurations where MaxStartups configuration is used to set the number of unauthenticated SSH connection which occurs SSH connection. The default value of the MaxStartups is 10 which is ok for most cases but this may be the cause of the problem. Just open the sshd_config file and increase this value.