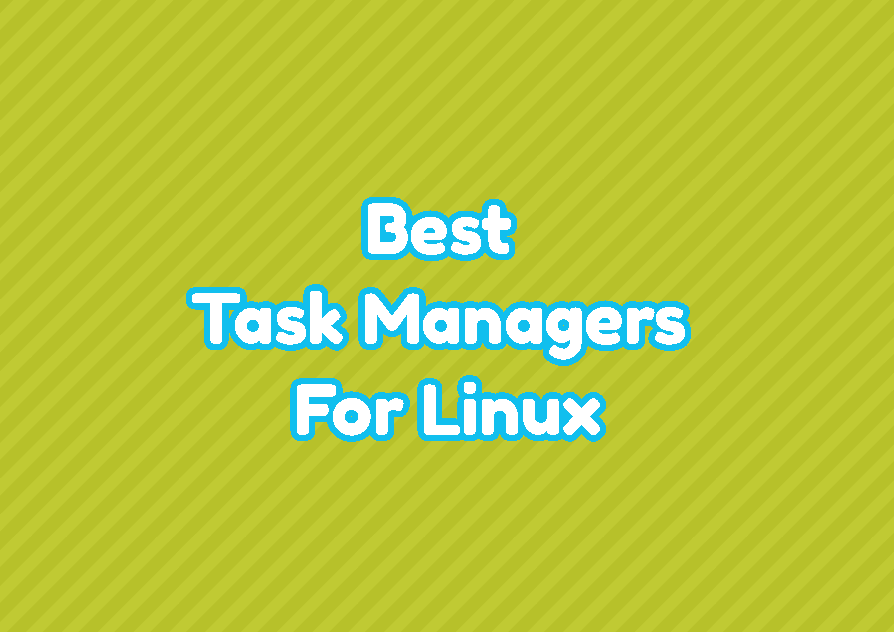 Task Manager is a special tool used to list current running processes, RAM usage, Disk usage, Network usage, etc. Task managers are very important to monitor and detect system slowdowns etc. Linux provides a lot of task management tools that are more capable than the Windows Task Manager. In this tutorial, we will list and explain the best task managers for Linux.,

Windows Task Manager is very popular amongs computer users which is very easy to use and informative about the usage of the current system resources. The Windows Task Manager provides tabs like Process, Performance, Applications, Startup, Users, Details and Services. Below we can see that the CPU usage is displayed with a graph and also detailed information like Usage, Frequency, Tasks, Threads etc.

GNOME System Monitor is very popular for the GNOME desktop users. The system monitor can be easily opened via the “Show Applications” menu like below by just typing the “system monitor”.

The system monitor has 3 tabs to provide information about the system resources usage.

The following screen is about the CPU, Memory, Swap, Network usage graphics.

The htop is another command used to monitor Linux systems. But the htop is a command line based tool where it has single screen with colorful graphics and output. The left upper

XFCE is another popular desktop environment for Linux distributions. The XFCE desktop environment provides its own task manager called “Task Manager” which is very simple to use. It consists of a single screen and provides CPU usage and memory usage as a graphic. Also, the currently running processes are listed according to their CPU usage.