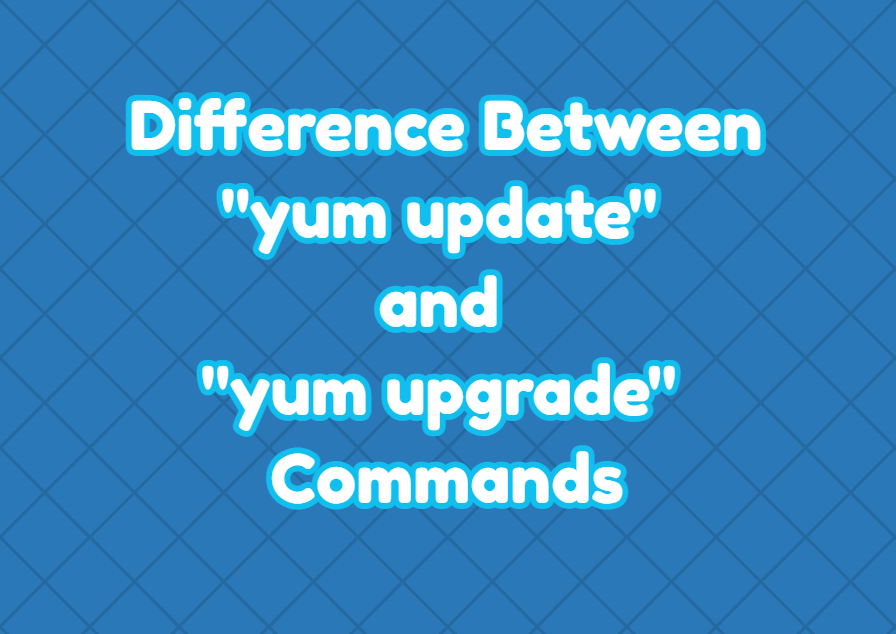 RPM-based distributions like CentOS, RHEL, and Fedora provide the yum command for package management. The yum update command is used to get the latest repository information and update packages with this information. The yum upgrade command provides a very similar function by updating the packages but there is a small difference.

The yum upgrade command is the same as the “yum update” command but it also sets the --obsoletes flag implicitly. The –obsoletes flag also enables the removal of the obsolete packages during the update operation.