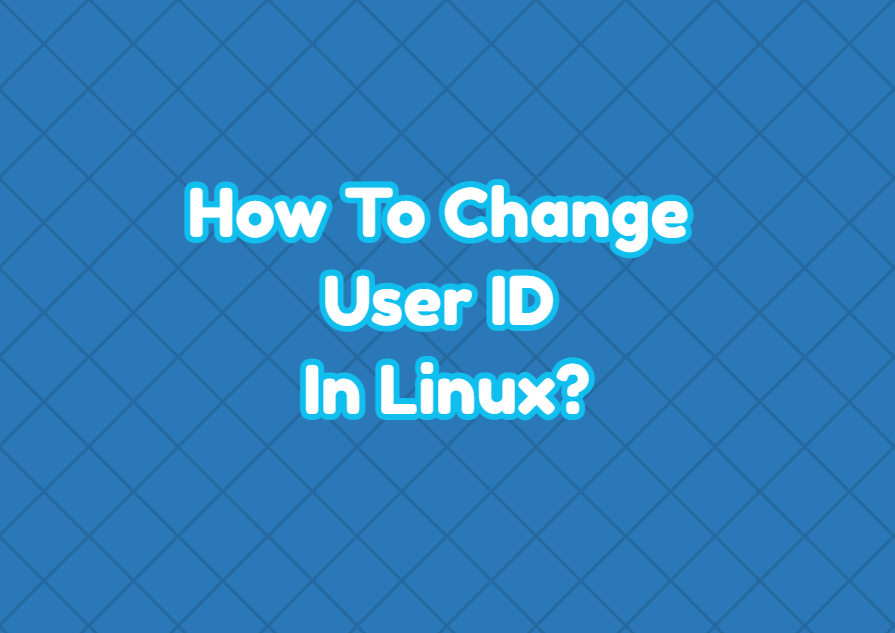 The user information is stored in the /etc/passwd file and this file contains the USER ID information two. The User Id is provided as the 3rd column where the first column is the user name. We can list the users existing ID by printing this file with the cat command.

We can also filter the user specifically by using the grep command. In the following example, we only print the user “ismail” ID.

In the following example, we change the user ismail Id to 2003.

Every user in Linux also has a private group with the same username by default. This group also has a group ID. We can use the groupmod command in order to change the user’s group ID. In the following example, we change the group ismail ID to 3003.

After changing the User ID its home directory ID and all contents of the user’s home directory is changed into the new ID. But in other files user ID is not changed automatically. To solve this issue the find command can be used to change to new User ID files owned by this user. We use the users old User Id to find files and use the chown command to set new user Id by refreshing with the new user name which sets the new User ID.

Similar to the user ID we can update the group ID for the user by using the chgrp command like below.