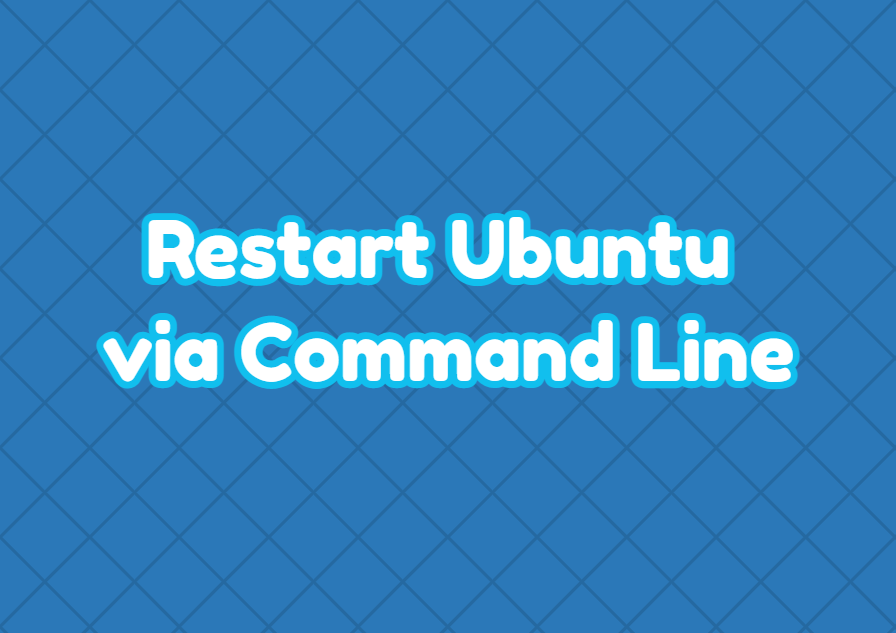 Ubuntu is a popular Linux distributions used by millions of people. As a Linux distributions Ubuntu provides different methods and commands to restart via the command line interface.The restart operation simply stops the instance and then starts it without any extra action. The restart operation can be used to apply updates, reset temporary configurations or make configurations effective etc.

In some cases we may need to restart the ubuntu with some delay. We can specify some time as seconds in order to restart. The seconds we want to delay is provided as the last parameter to the shutdown command. In the following examle we restart Ubuntu after 40 seconds. The delay can be useful to shutdown database or complete work for other users.

Another command to reboot Ubuntu is the reboot command. We can directly execute it without any parameter to restart Ubuntu.