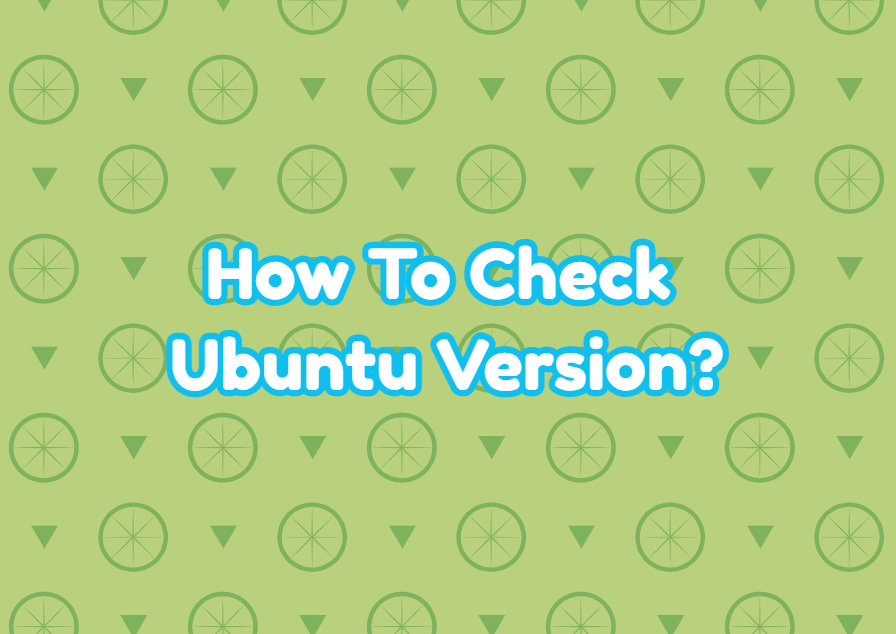 As a regularly updated Linux distribution, Ubuntu has the following long version list of releases. Some releases are named LTS which is “Long Term Support“. These LTS versions are supported for long times like 8-10 years. Other version’s support ends with the new or next Ubuntu release which is very short like 6 months.

From the output we can see the following Ubuntu version information is provided.

If you only need the description part which will print the distribution name and version the -d option can be used.

The /etc/issue file contains the distirbution name and version information in most of the Linux distributions. In Ubuntu we can print this file into the terminal with the cat command which lists the Ubuntu version.

This output contains \n and \l characters which are not related with the version information.

The version of the Ubuntu distribution is provided via the VERSION line.

See also  How To Unzip/Extract Gz File In Linux?

First open the Settings via the upper right corner of the GNOME Desktop like below.

From the Settings navigate to the About screen in the left pane. In the About page the OS Name line displays the Ubuntu version.

Another popular desktop environment is KDE (Plasma) Desktop. The Ubuntu version can be displayed via the System Information in KDE.

First from the start menu type “system information” like below and open the System Information.

In the System Information screen, we can see that the current Ubuntu version is displayed as Kubuntu 20.10. Kubuntu comes from the KDE Ubuntu which is a variation of the Ubuntu where the KDE is installed.