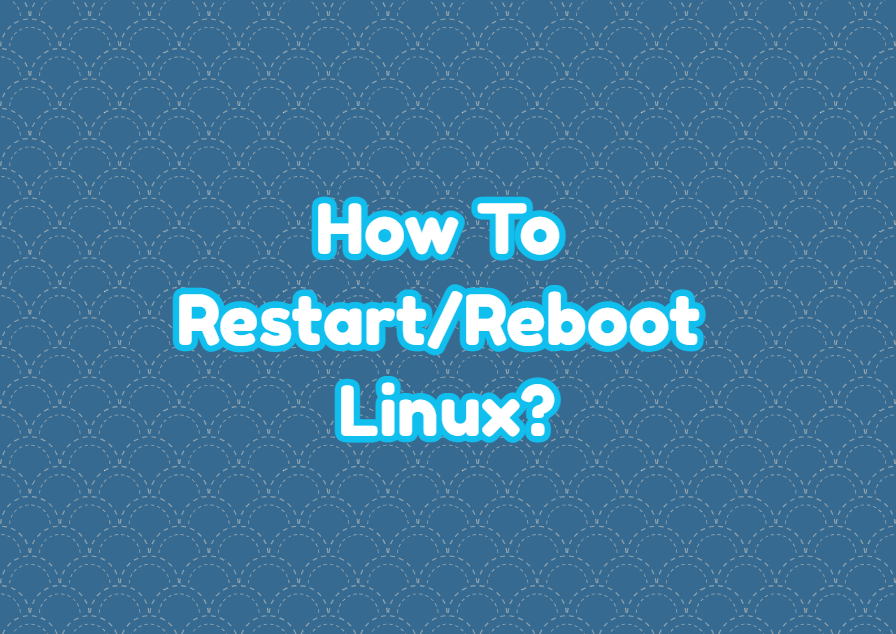 As a flexible operating system, Linux provides a lot of different commands and ways to reboot or restart the system. The restarting Linux and rebooting Linux are the same terms simply used to describe shutting down the Linux and starting it automatically. In this tutorial, we will learn how to reboot/restart Linux with different command-line tools and GUI menus.

Linux is known as stable and long running operating system which do not or rerarely requires reboot. But there are some cases we may need to reboot the Linux. Here are some of them.

If you get an error or warning related with the privileges you can use the sudo with the reboot command like below.

We can cancel this reboot/restart process by calling following shutdown command with the -c option.

Even the restart and shutdown commands are used to reboot/restart the local Linux system they can be also used to restart/reboot remote Linux box. They can be used with the ssh command and connection in different ways but the most practical way is calling them from the local computer whiout getting an interactive remote SSH shell. In the following example we reboot/restart the remote Linux system which has IP address 192.168.1.10.

Alternatively the shutdown command can be used too.

The Linux can be rebooted or restart by using GUI tools which are provided via desktop environments. GNOME desktop can be rebooted/restart from the left right corner menu Power Off/Log Out -> Restart is selected.