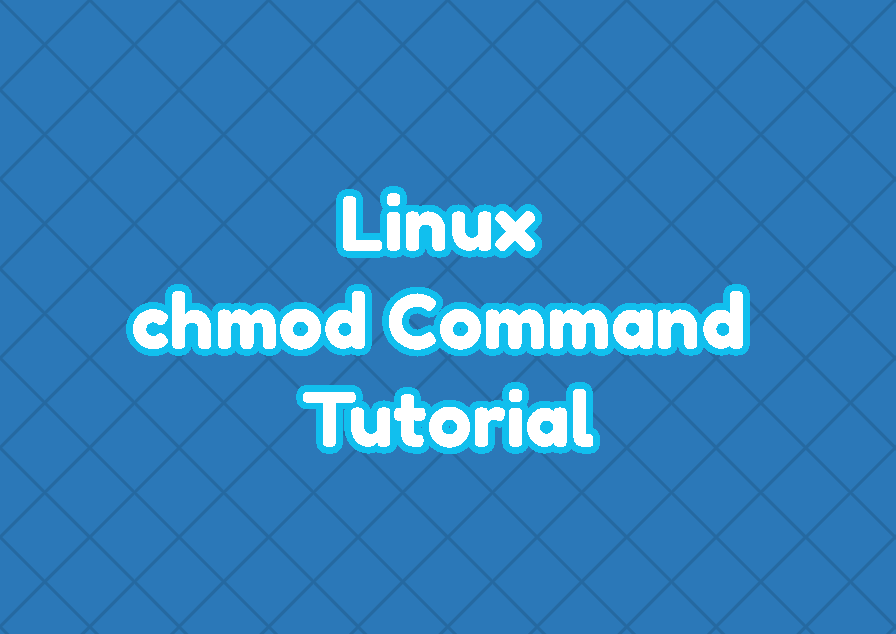 The chmod command is used with options and files and folders. It has the following syntax.

Before starting to use the chmod command we should learn how the permissions are set and calculated.

The + sign is used to add permission. If we need to remove already existing permission we can use the - sign. In the following example, we remove the write permission for the current user.

Alternatively, we can use the absolute or full path of the file or folder in order to change permissions.

Change All (User, Group, Other) Permission

Another practical way to change all permissions which is user, group, and other is using the all like below. In the following example, we set execute permission for all user, group and other.

By default, the chmod command does not provide verbose information about the operations. We can display verbose output by using the -v option like below.

The output is like below which provides information about the permission change.

Quite Mode – Suppress Most of Error Messages

Changing permissions of the files and folders may create different errors related to the permissions etc. These errors are directly printed to the standard output which is generally the command line interface. We can omit and suppress these error messages by using the -f or --silent or --quiet option.