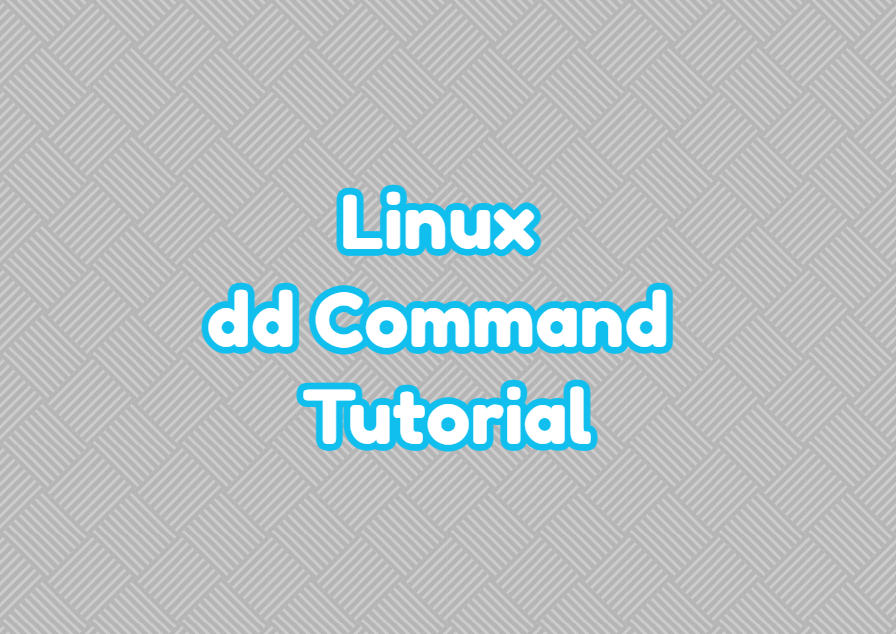 The dd command has the following syntax where the if and of very important.

Let’s start with a simple and most common use case for the dd command. The dd command can be used to create a disk, partition, or block device image as a file. This can be useful for backup. For example, the /dev/sda disk can be copied into a file and later restored without any problem. In the following example, we will copy the /dev/sda disk into a file named backup.img.

MBR (Master Boot Record) contains critical information about the system boot. The MBR is located first 512 bytes of the boot disk which is generally the first disk in the system. If the MBR is corrupted the system won’t boot properly and the MBR should be fixed. A solution for the MBR corruption is to backup the MBR with the dd command like below and then restore which is explained below. We set the bs which is byte size as 512 and count as 1 which means we will only copy one 512 bytes into the MBR.img file.

In some cases we may want to restore some part of the source image file. We can use the bs and count options. In the following example we will copy 5k 512byte blocks.

Linux and Unix provide different data sources for different cases. The /dev/zero data source or device is used to create infinite 0’s which can be useful to overwrite existing data that can be located on a disk, partition, block device of file. We can read /dev/zero and write this data into a disk-like below which will nullify the existing data.

Alternatively we can nullify and overwrite into a file like below. All data in the disk.img deleted.

Another useful data source for the dd command is the /dev/random device. The random device can be used to create random data and put it inside the disk, disk partition, block device, or file. This also overwrites existing data too. But generated data is random which is not always 0.

Alternatively random data can be put into a file which delete existing data in a secure manner.

See also  How To Ignore and Disable SSL/TLS Certificates Check with Curl Command?