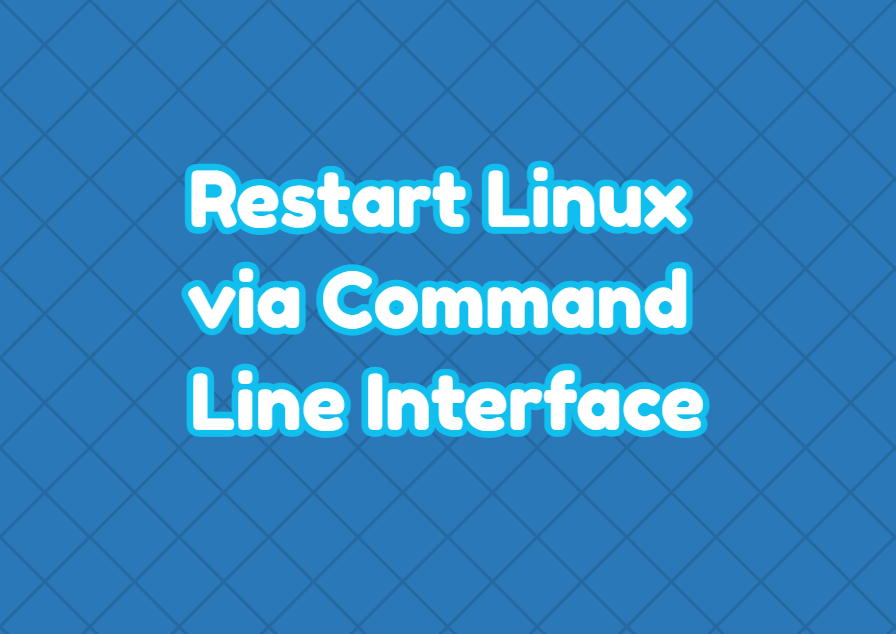 The reboot command is one of the most popular command to restart Linux via command line inteface. We should also provide the sudo command if we do not have the root privileges currently.

Restart the Remote Computer via SSH

We can also restart a remote Linux system by using the ssh command. We simply use the ssh command in order to execute remote system restart commands like reboot, shutdown, systemctl etc.