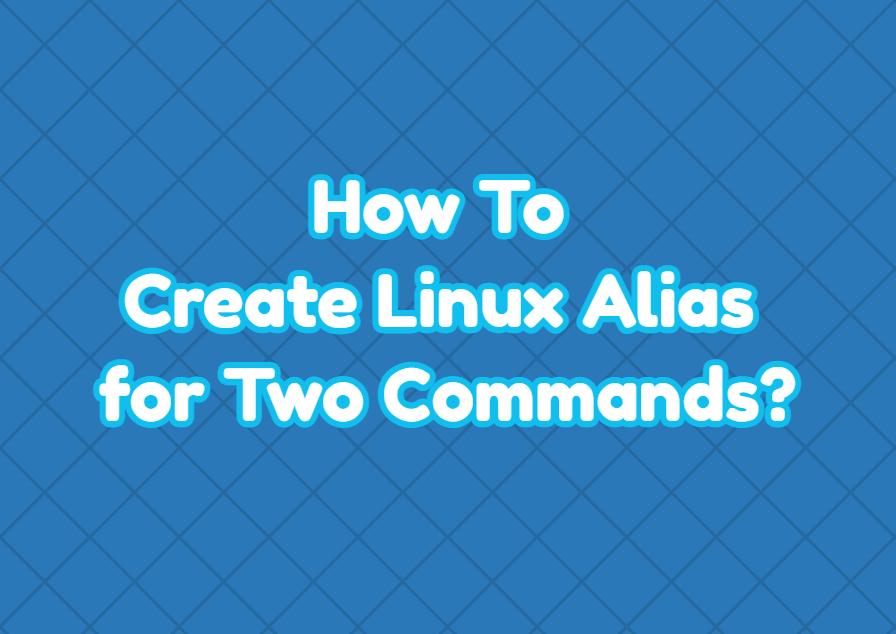 The alias keyword is used to create an alias for two commands. These commands are used like a bash script. Just put them and separate them with a semi-colon. In the following example, we create the alias named list . The list alias executes two ls commands.