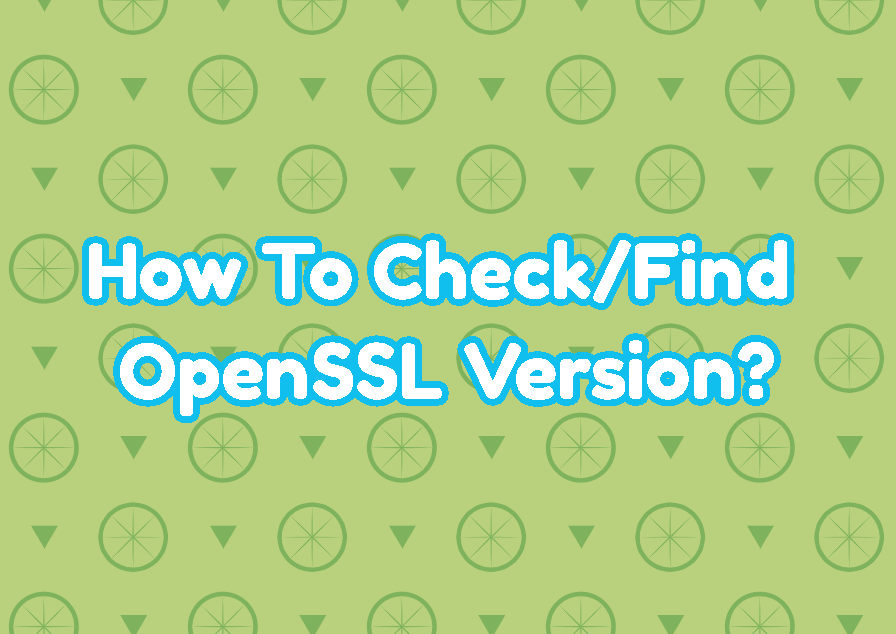 The OpenSSL provides the version command which provides information about the version, built date, platform, compiler flags, OpenSSL directory, etc. This command can be directly used to print the version of the installed OpenSSL like below.

From the output, we can see that the version is “1.2.3f”. These numbers have different meanings which are like below.

Display All Information About OpenSSL